Quarriers is a leading social care charity that provides practical care and support for thousands of vulnerable children, adults and families across Scotland. They help thousands of people to lead happier, more fulfilling lives. By challenging inequality, Quarriers give vulnerable people more opportunities and, importantly, ensure that their voices are heard.

Maguires were originally appointed in 2018, following a successful pitch, to create a recruitment campaign for Quarriers. Having struggled to fill carer roles through traditional recruitment avenues, the client decided to use a creative advertising campaign to target people interested in a career in care directly.

We created the ‘Care to join us’ campaign. The simple message got right to the point, by identifying the crucial requirement of working for Quarriers – that you really care.

A strong call to action prompts anyone considering a career in caring to find out about available roles via the Quarriers jobs page.

Quarriers were keen to champion their staff in the campaign, so Maguires commissioned and art-directed the photography at Quarrier’s Village using real Quarriers employees. Multiple creative executions were then provided for a far-ranging campaign across outdoor, social, digital, press and radio.

Launching in August 2018, the campaign has resulted in triple the number of visits to the Quarriers site, with the suitability of applicants also increasing to a healthy 1 in 3 being taken on.

To build on the success of last year’s campaign, we proposed producing an accompanying film for 2019, to help bring to life the vital work of Quarriers carers.

Once again, the photography and film work was commissioned and directed by Maguires at Quarriers Village, using real Quarriers employees. By featuring the same carers in both the print and film campaign we helped give a wider visibility to the ‘stars’ of the campaign.

The campaign launched in August 2019 across outdoor, social, digital, press and radio. 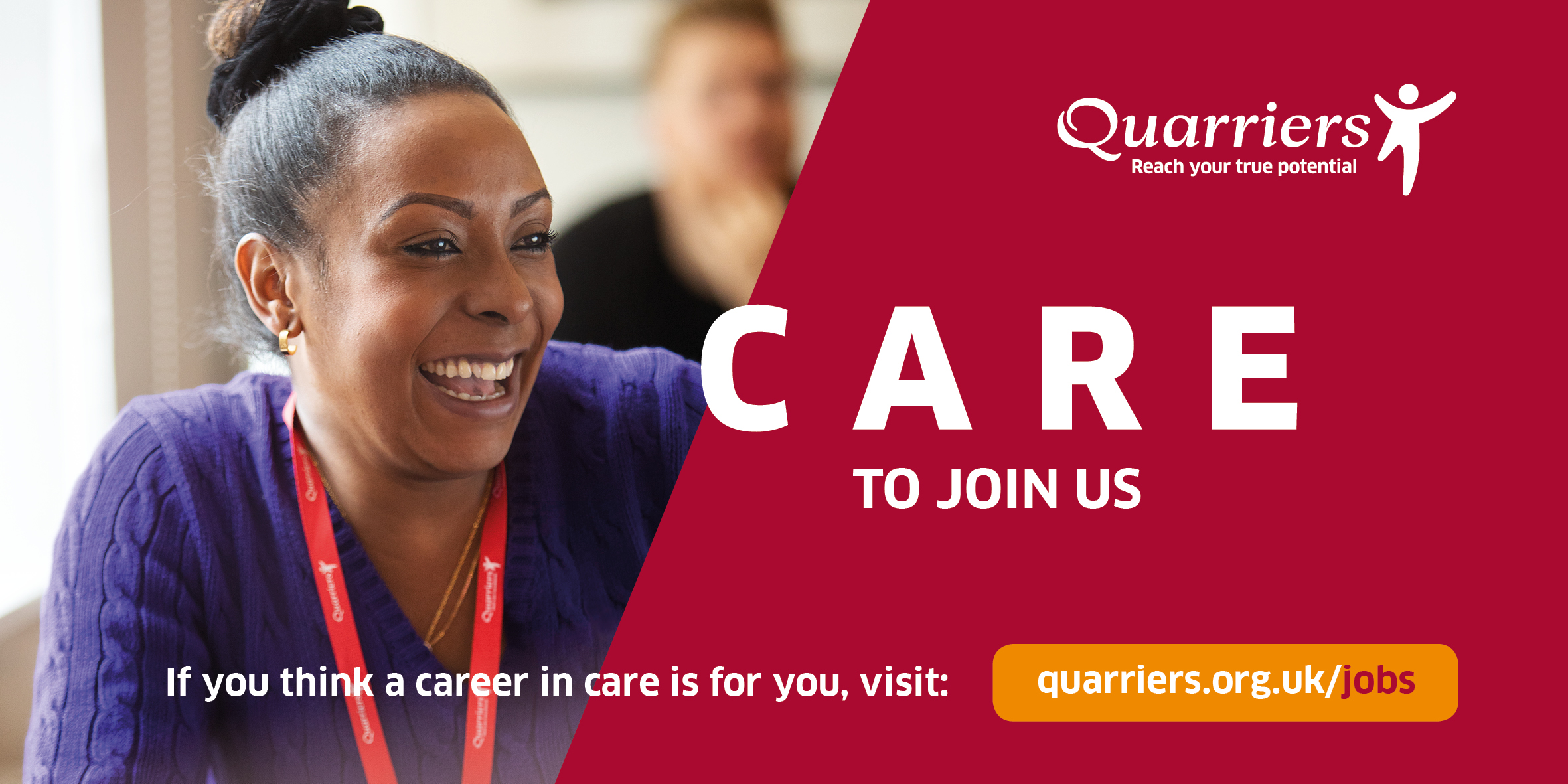 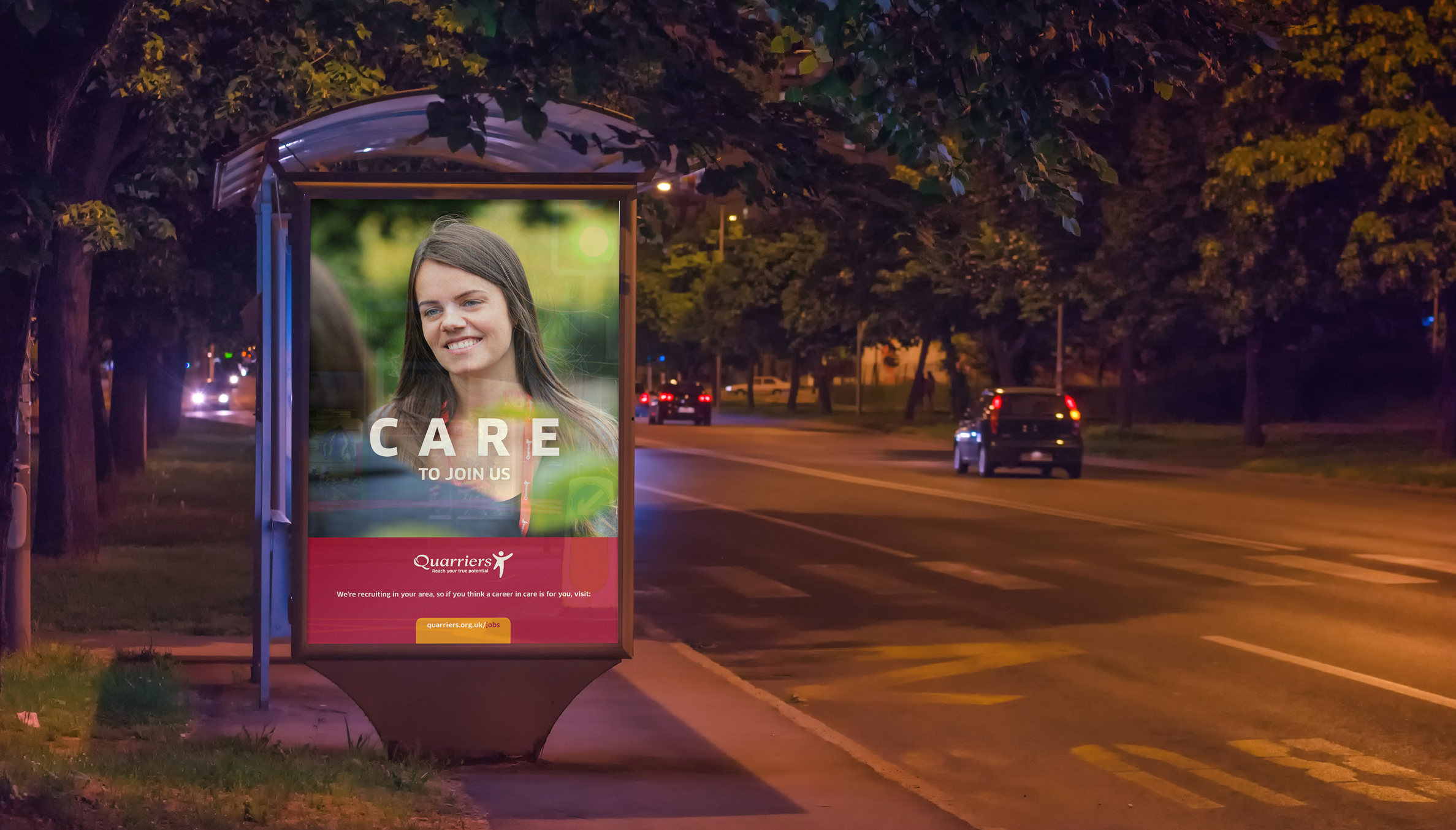 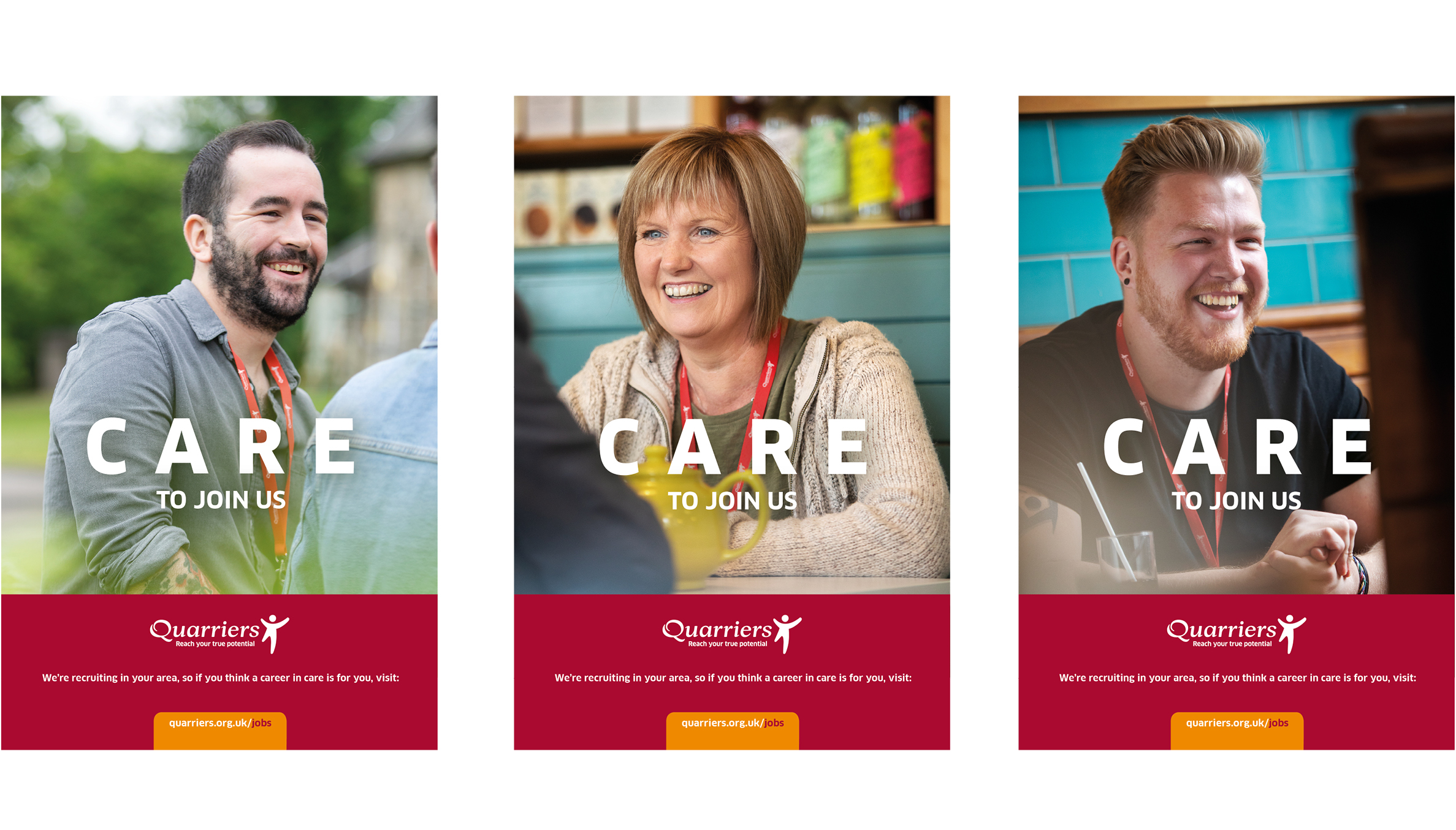 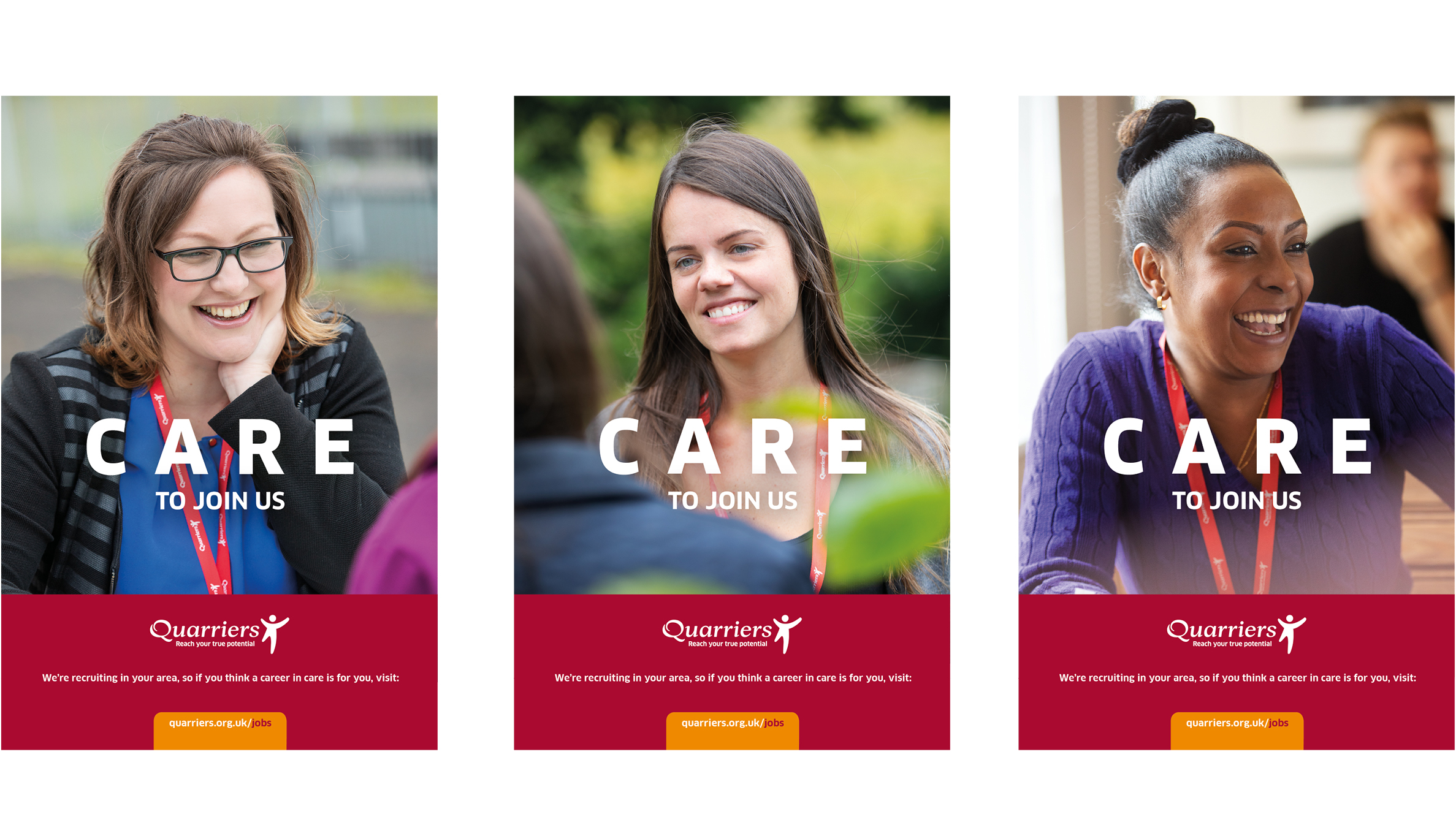 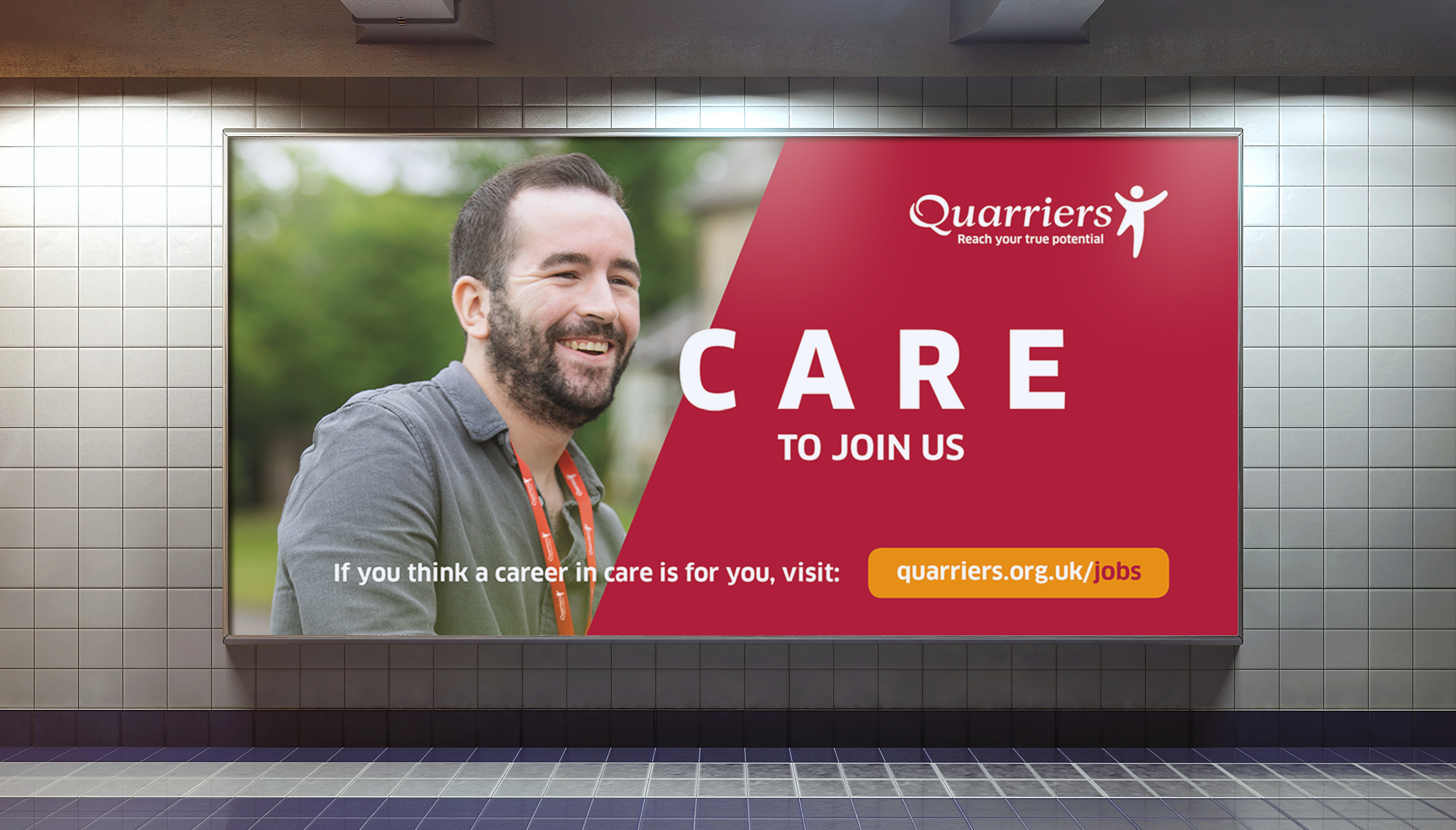 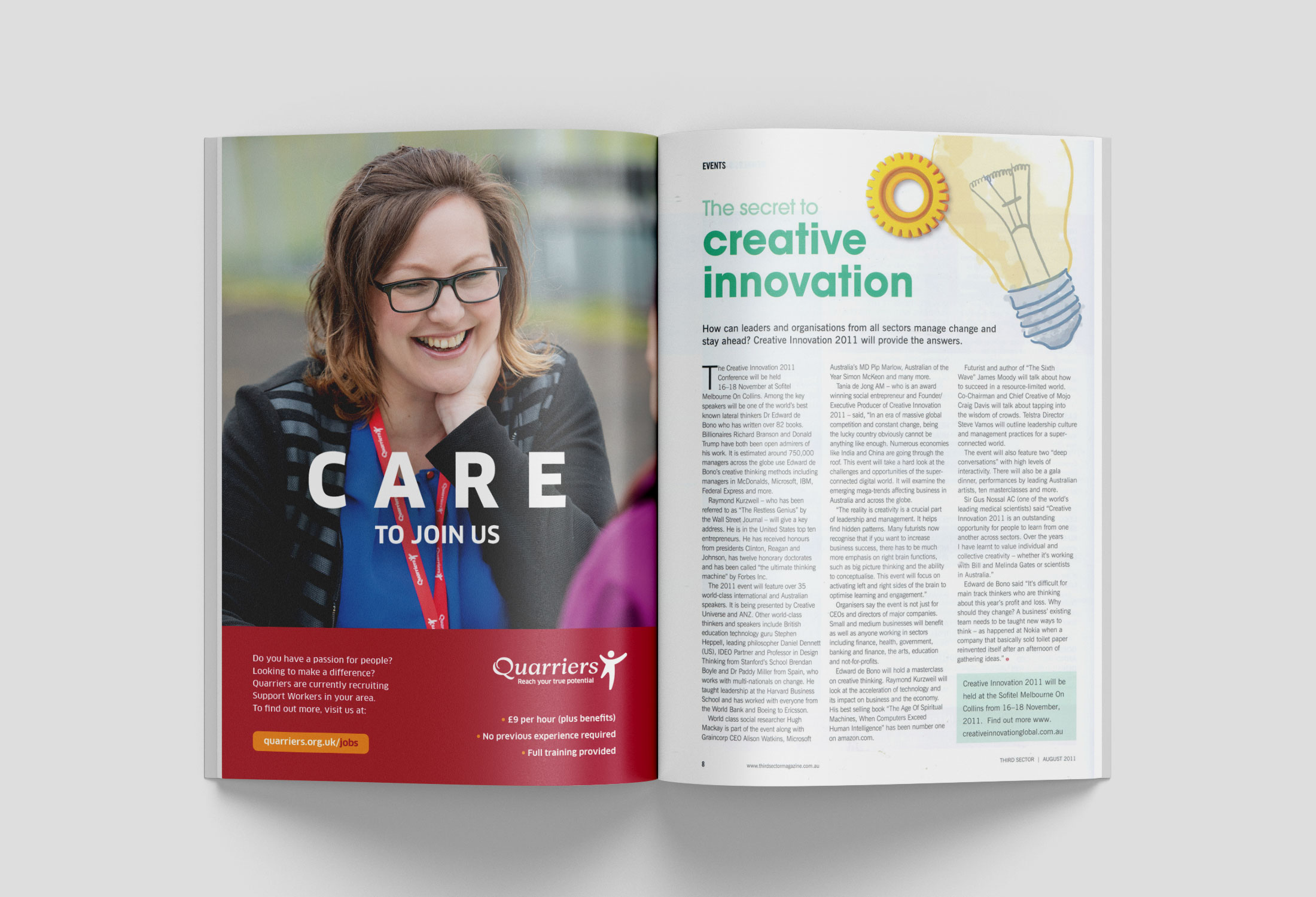 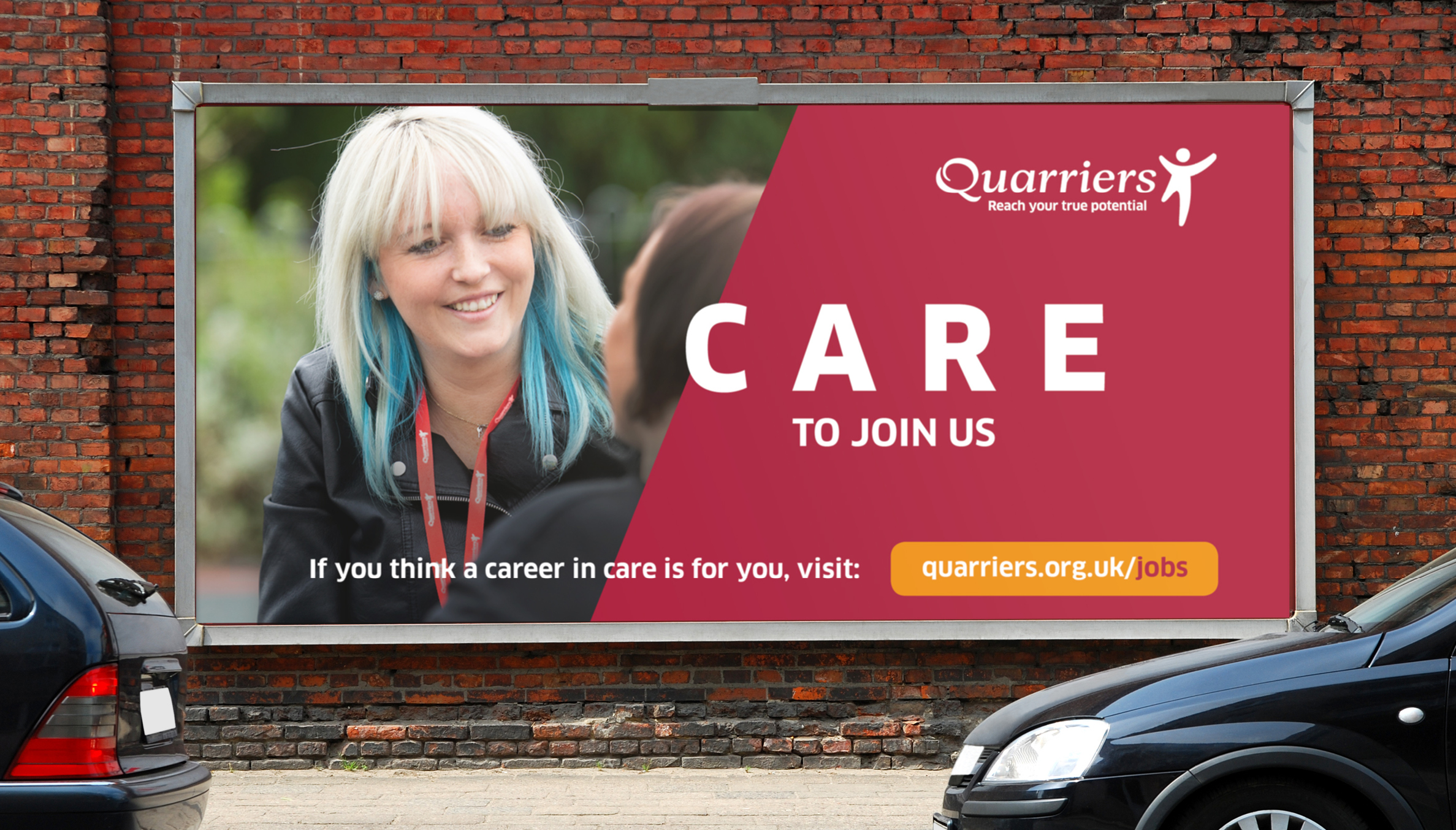 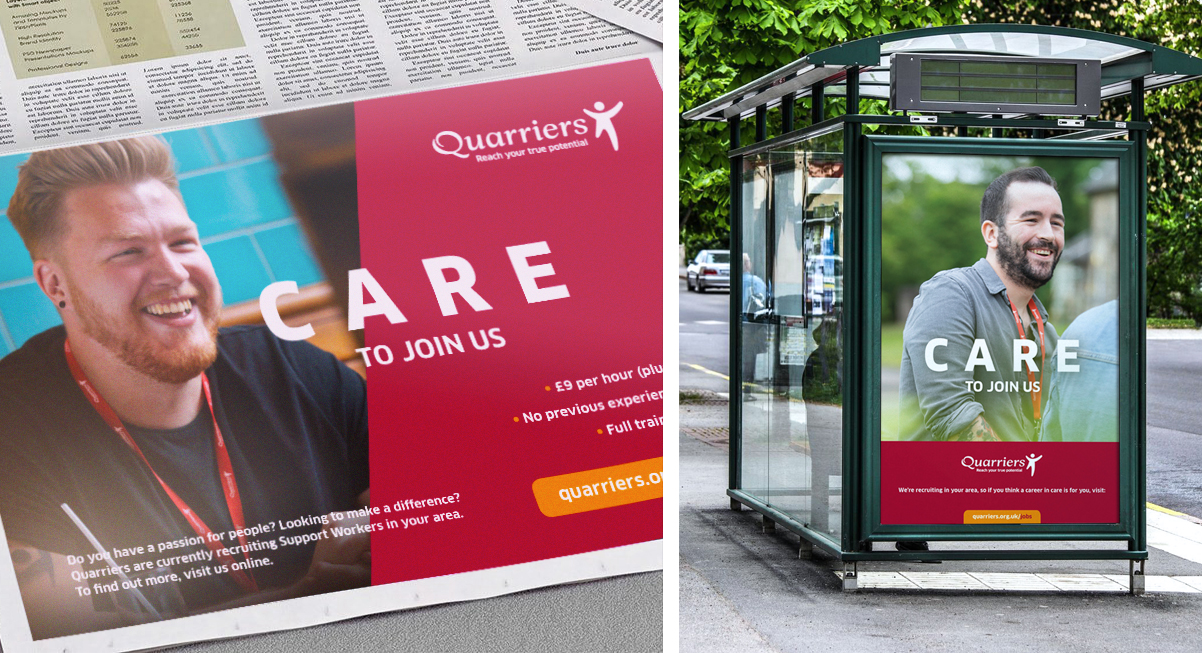 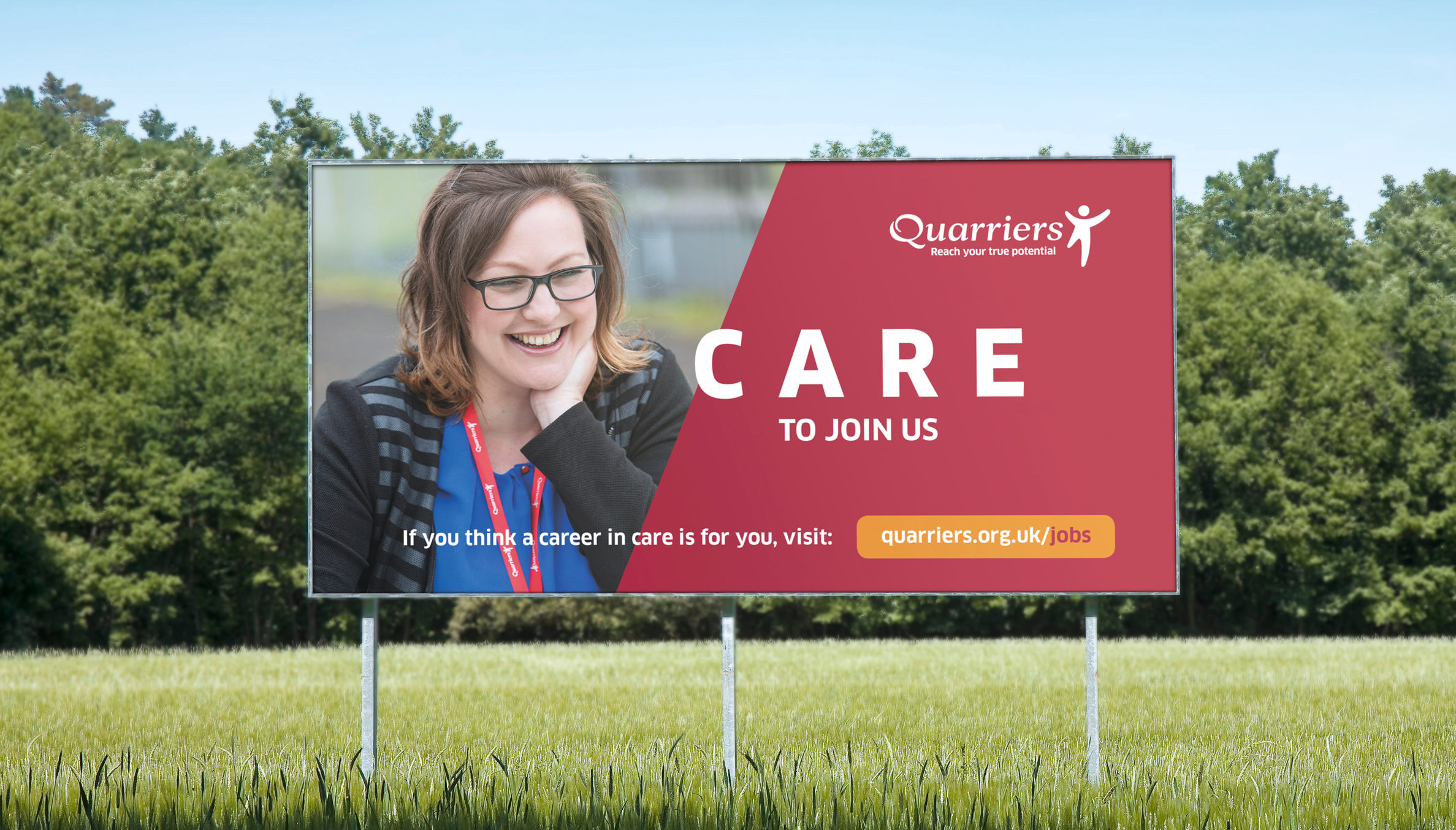 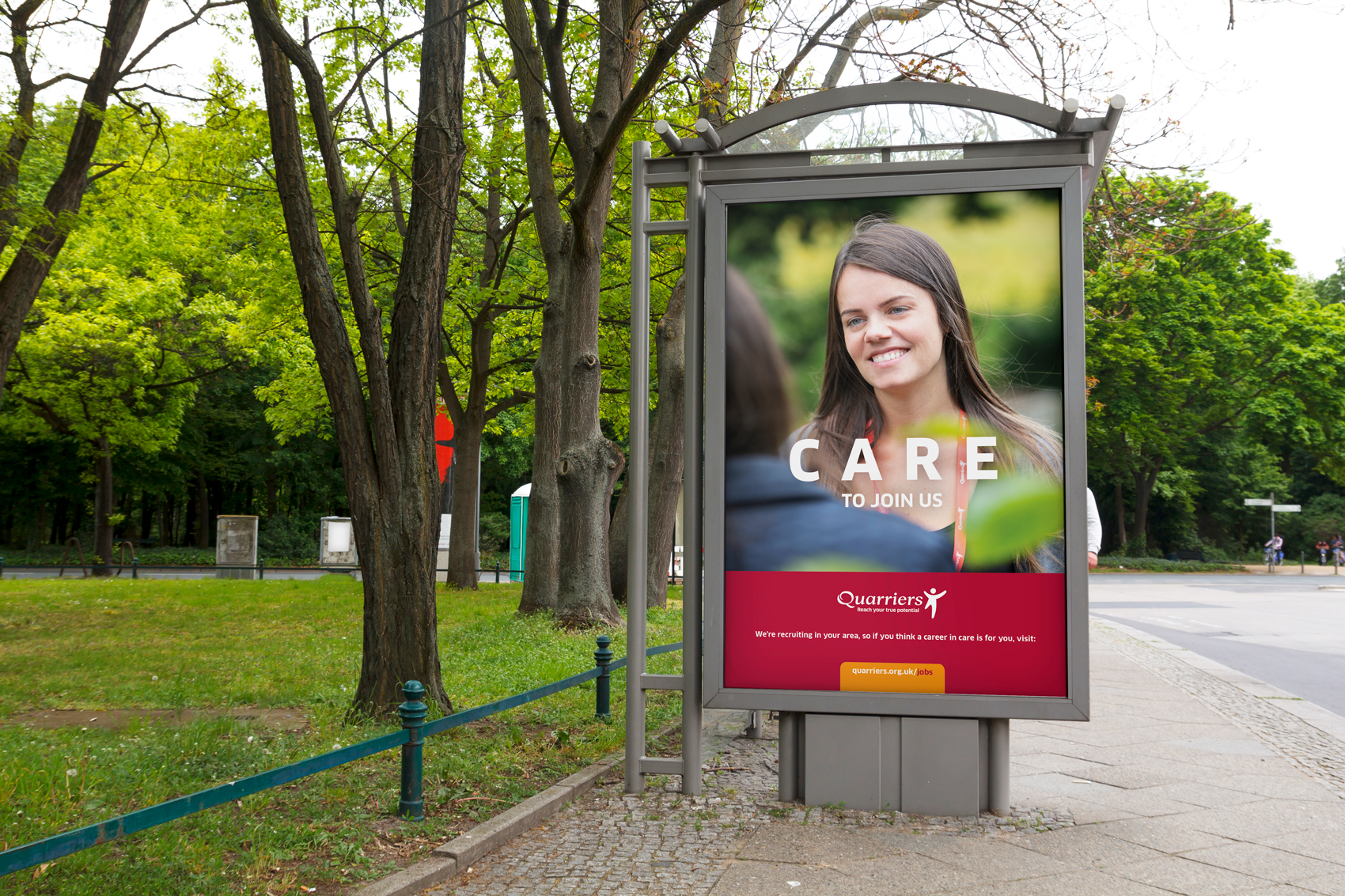 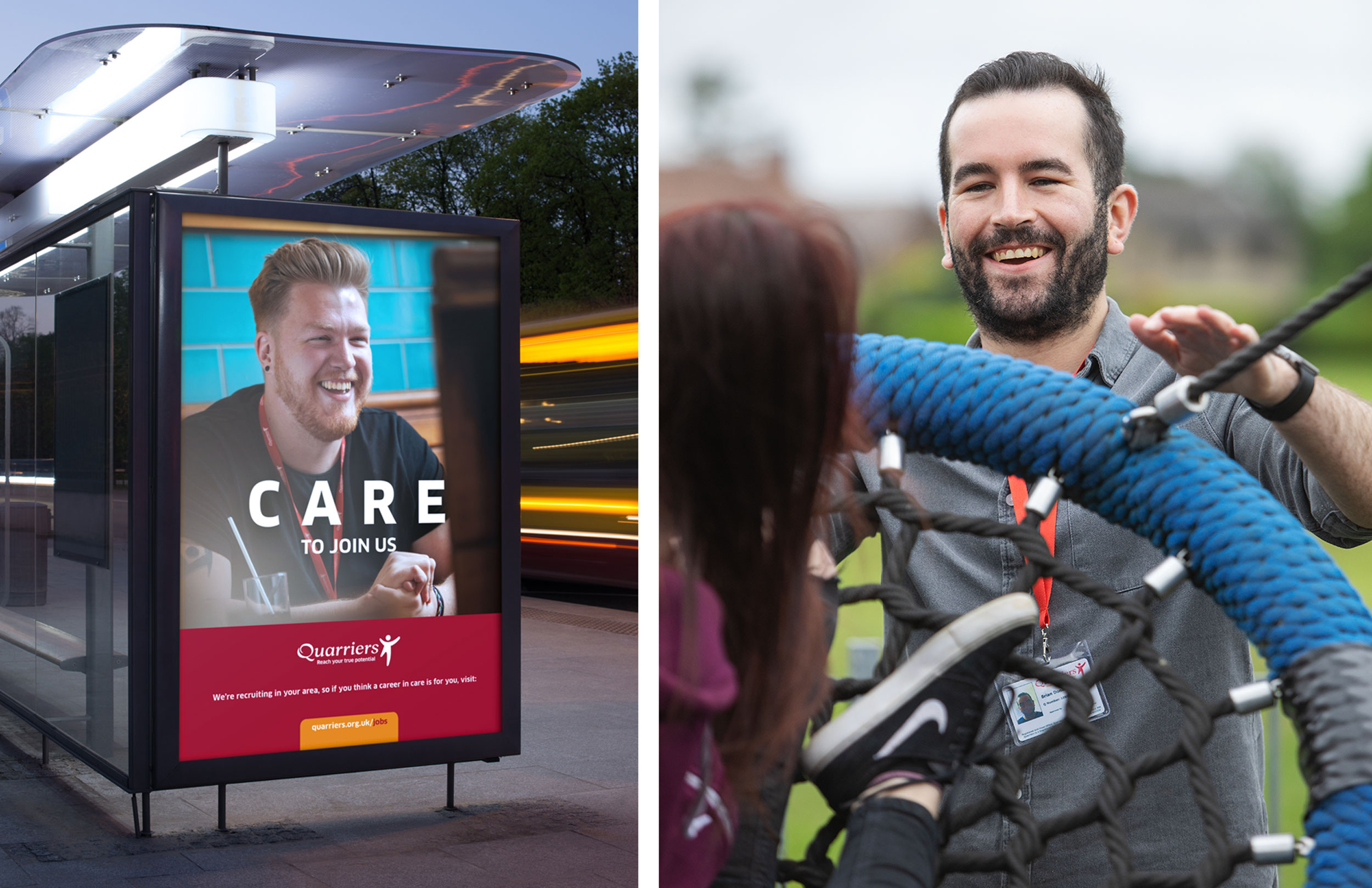 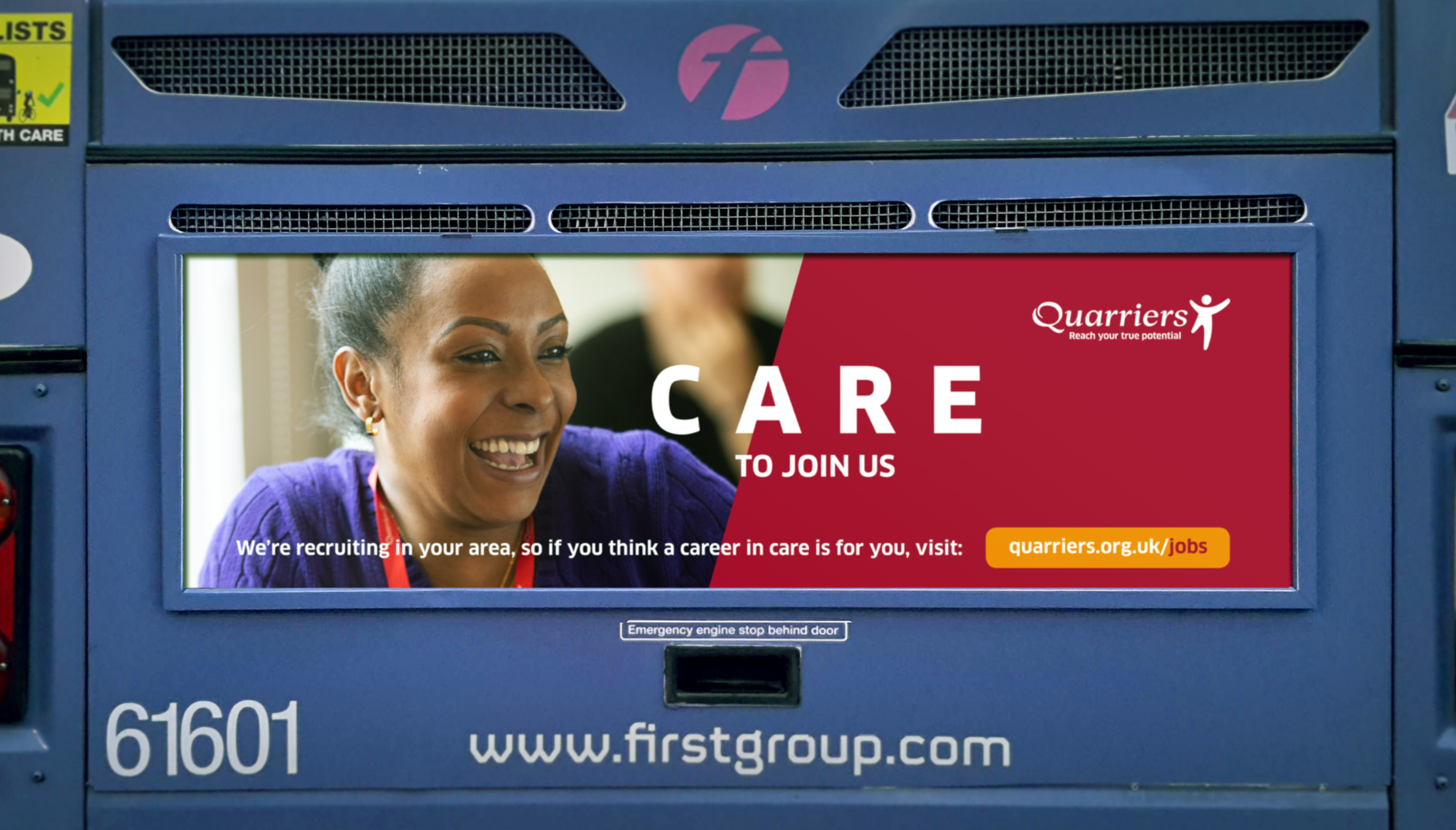 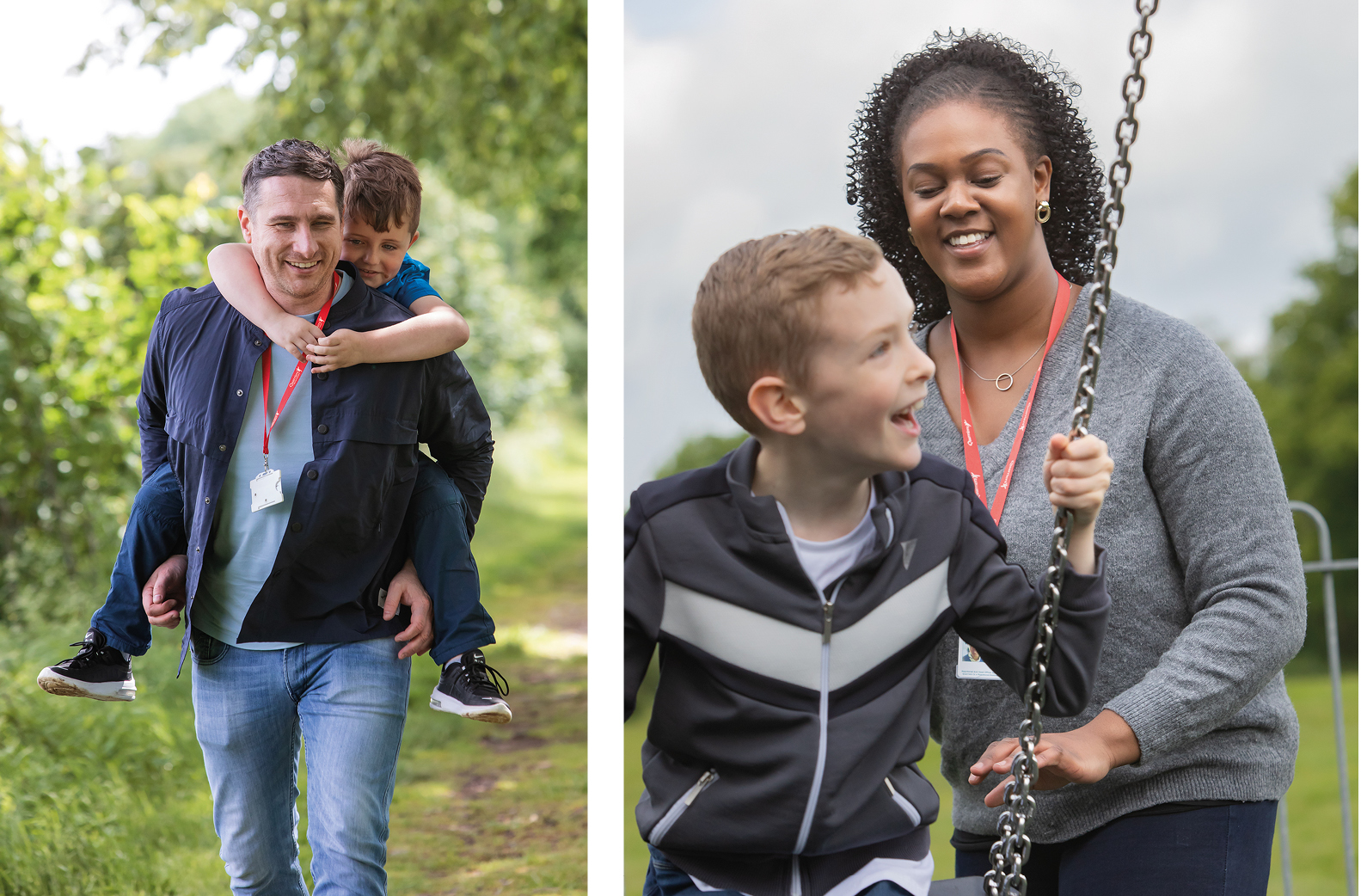