Having been in place since 2015, the banners wrapped around the exterior of Celtic Park became a firm favourite with supporters and visitors to Celtic Park – known to Celtic fans the world over as ‘Paradise’.

In 2022, with the league title secured, and a new manager playing an exciting brand of football, the club approached Maguires to create a fresh progressive design for the stadium.

After undertaking a period of creative development with the client, we proposed a modular graphic approach that still celebrated the Celtic story, but also reflected the club’s current position and culture.

Visible from several miles away, the two larger goal-end stands would act as gateways to the stadium, with clear messaging welcoming fans to Celtic Park. Given pride of place in the centre of the design are two of the club’s most celebrated captains, representing the club’s European triumph in 1967 as well as their recent successes.

The two small corner stands provided an opportunity to include a greater depth of detail. Here we created an array of graphic elements and iconography from Celtic’s past, highlighting the club’s culture, ethos, icons and achievements. From the famous quote from legendary Celtic manager Jock Stein, “Football without the fans is nothing” to the crisp vertical pinstripes first worn in the early 80s by legends including Danny McGrain and Paul McStay, each square within the design tells a story.

The banner designs also saw the introduction of an expanded colour palette. In addition to the classic green and white, we introduced a range of complementary greens, influenced by a number of iconic away strips.

Finally, the evolution of the Celtic brand throughout its 134 year history is also reflected in the varied choice of font styles used – from the retro letter forms of ‘1888’ to the modern condensed fonts of the 21st century. 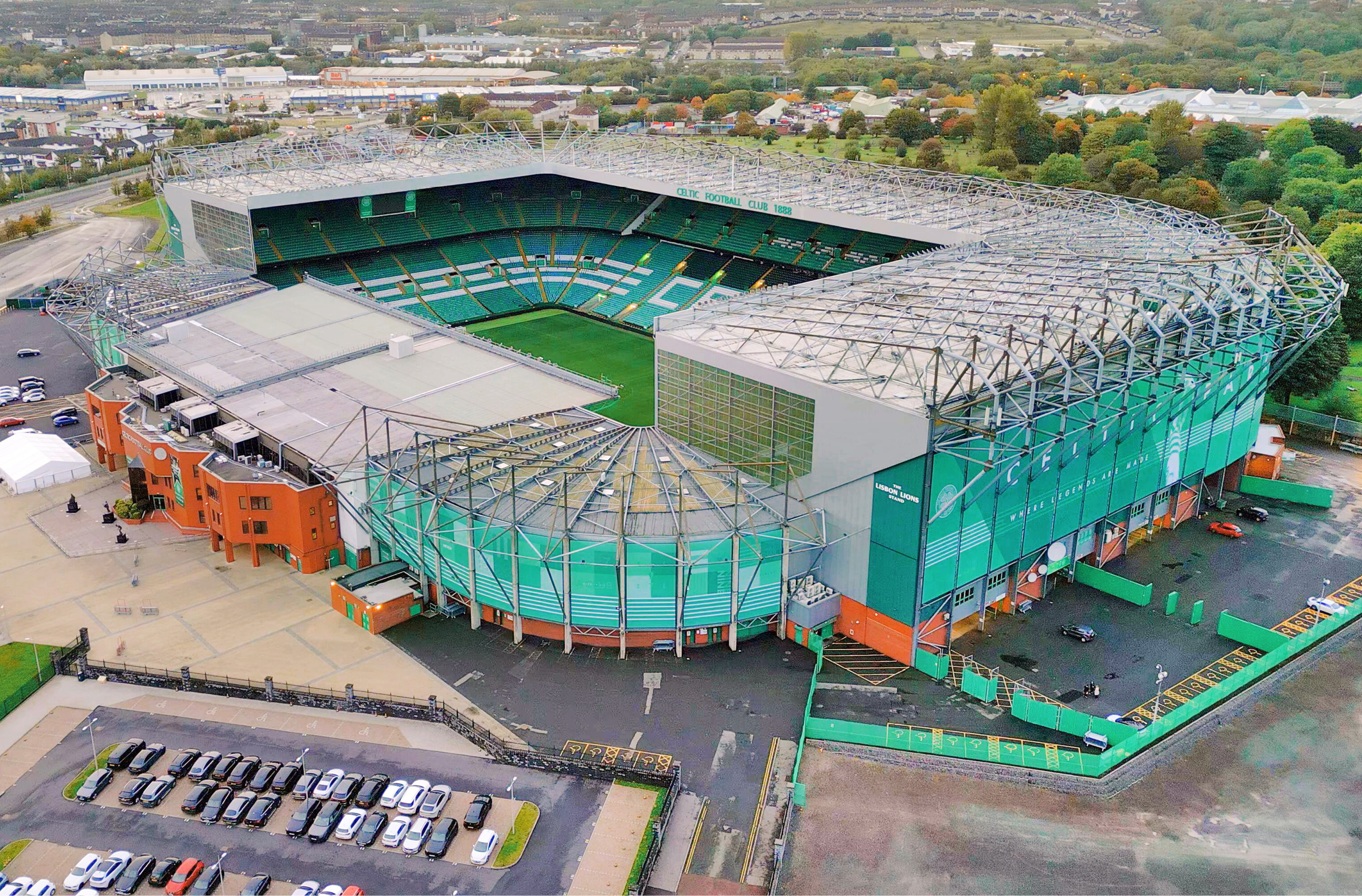 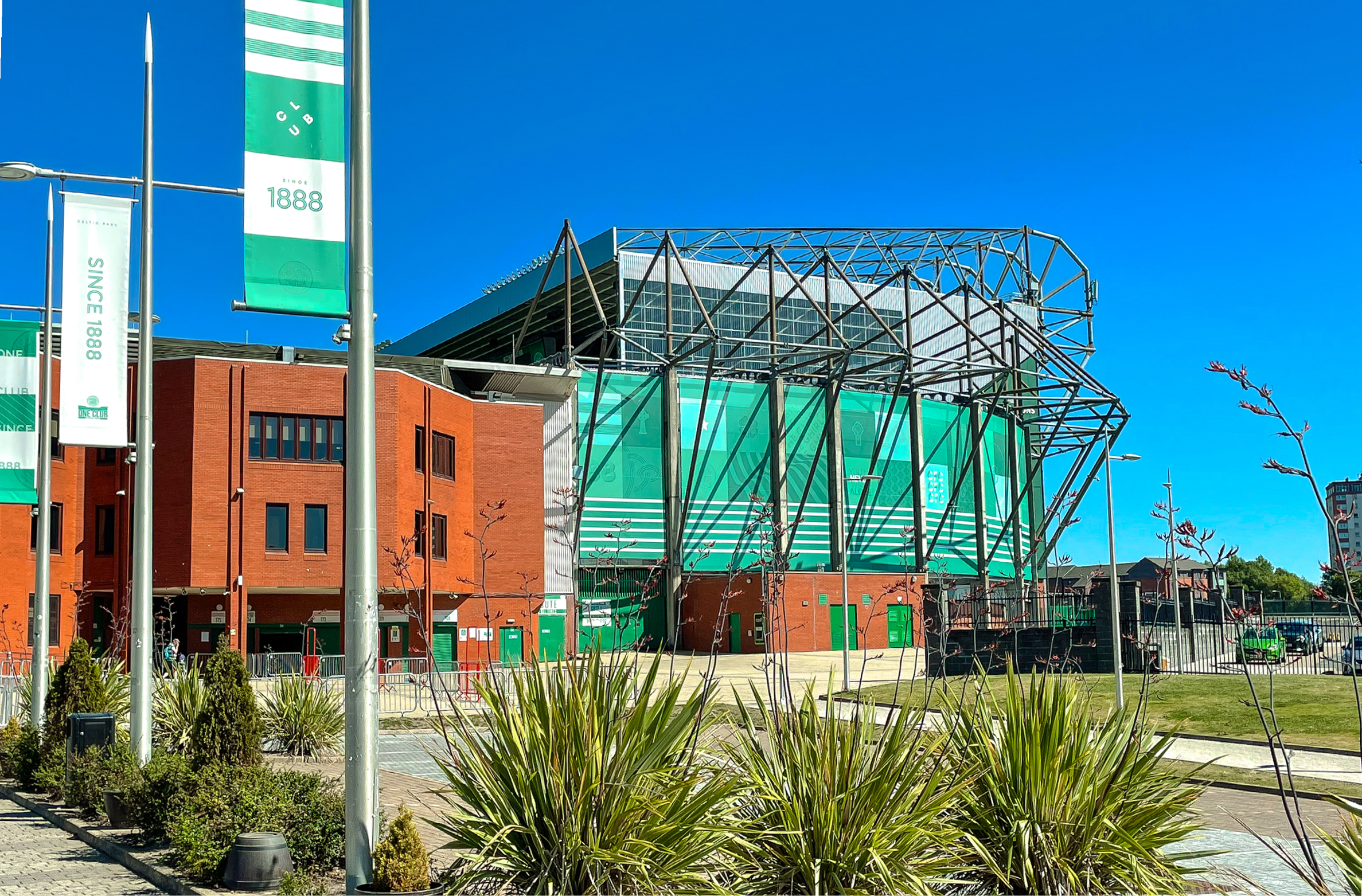 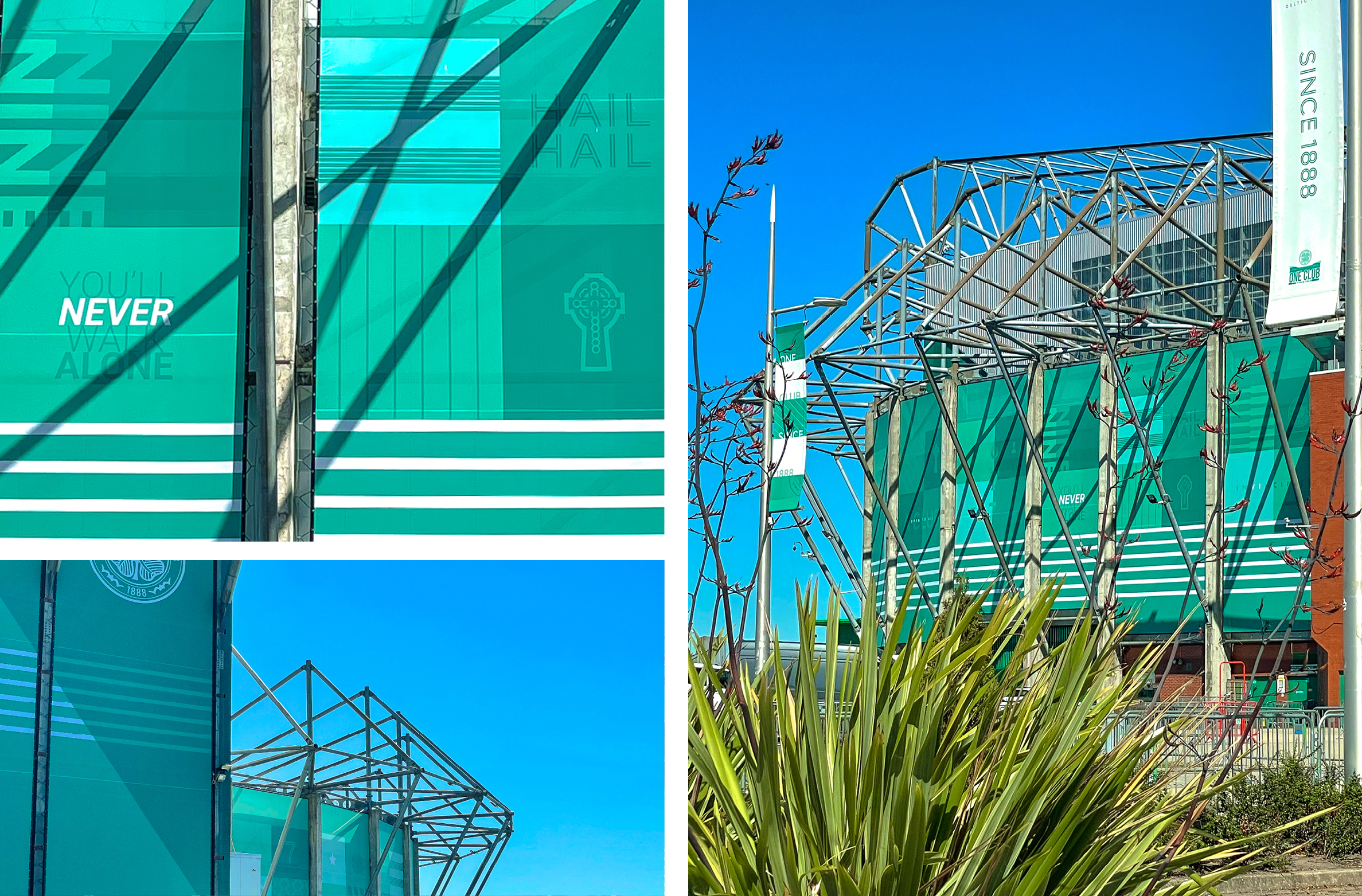 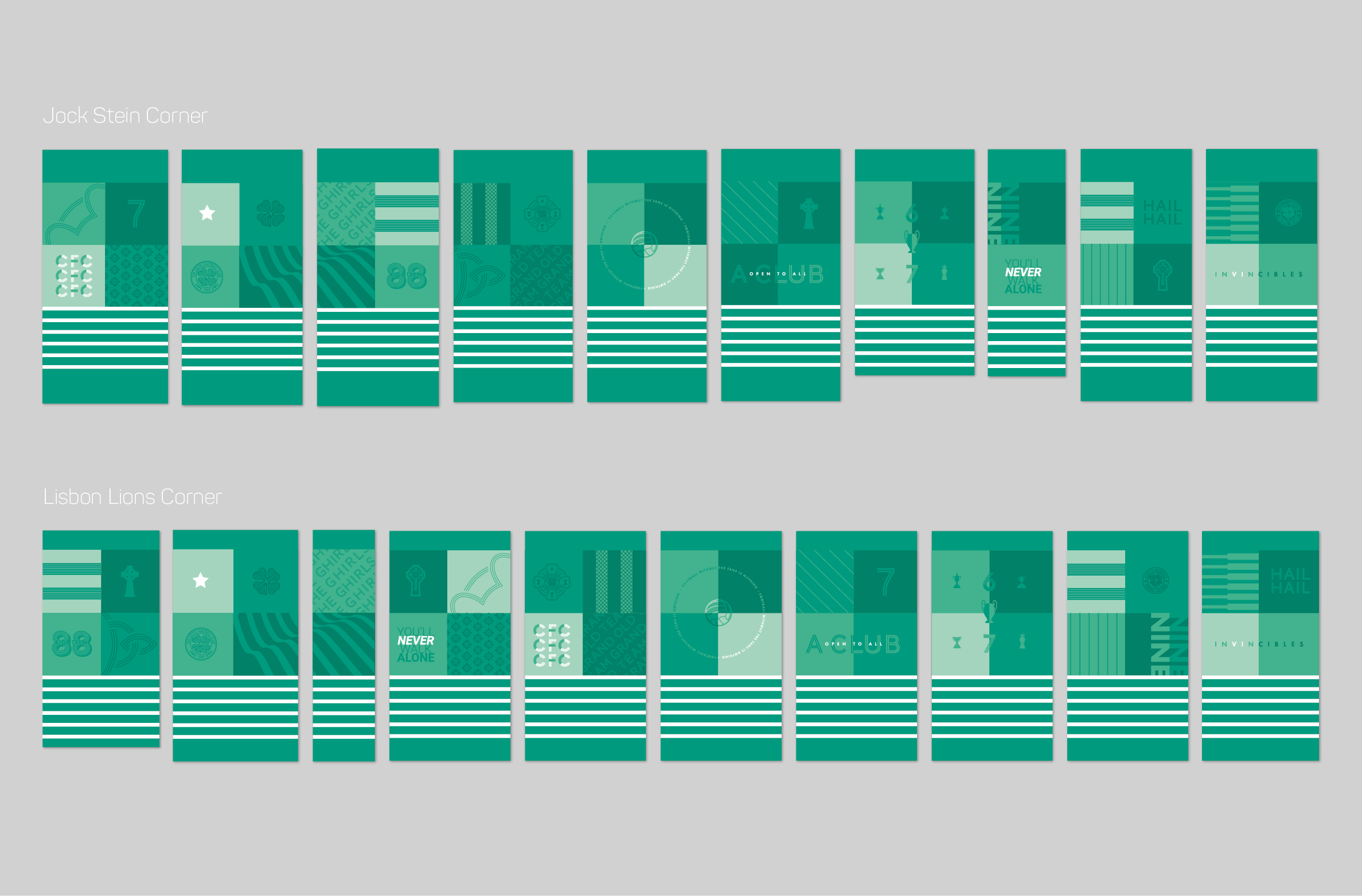 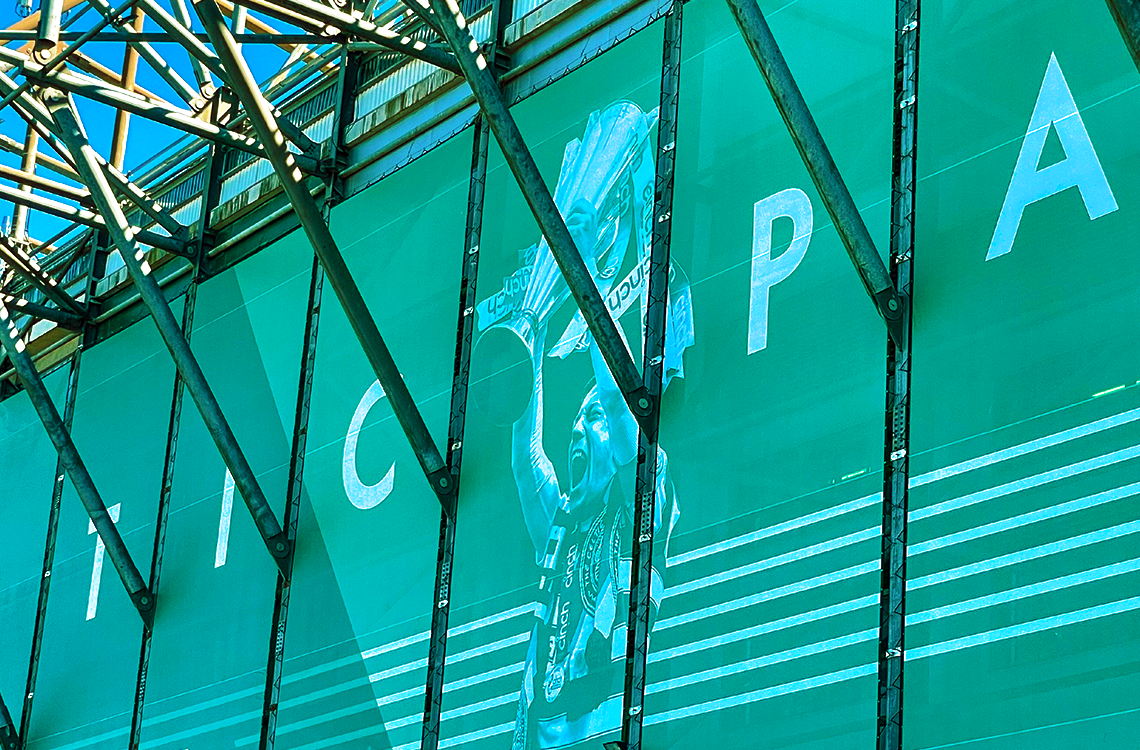 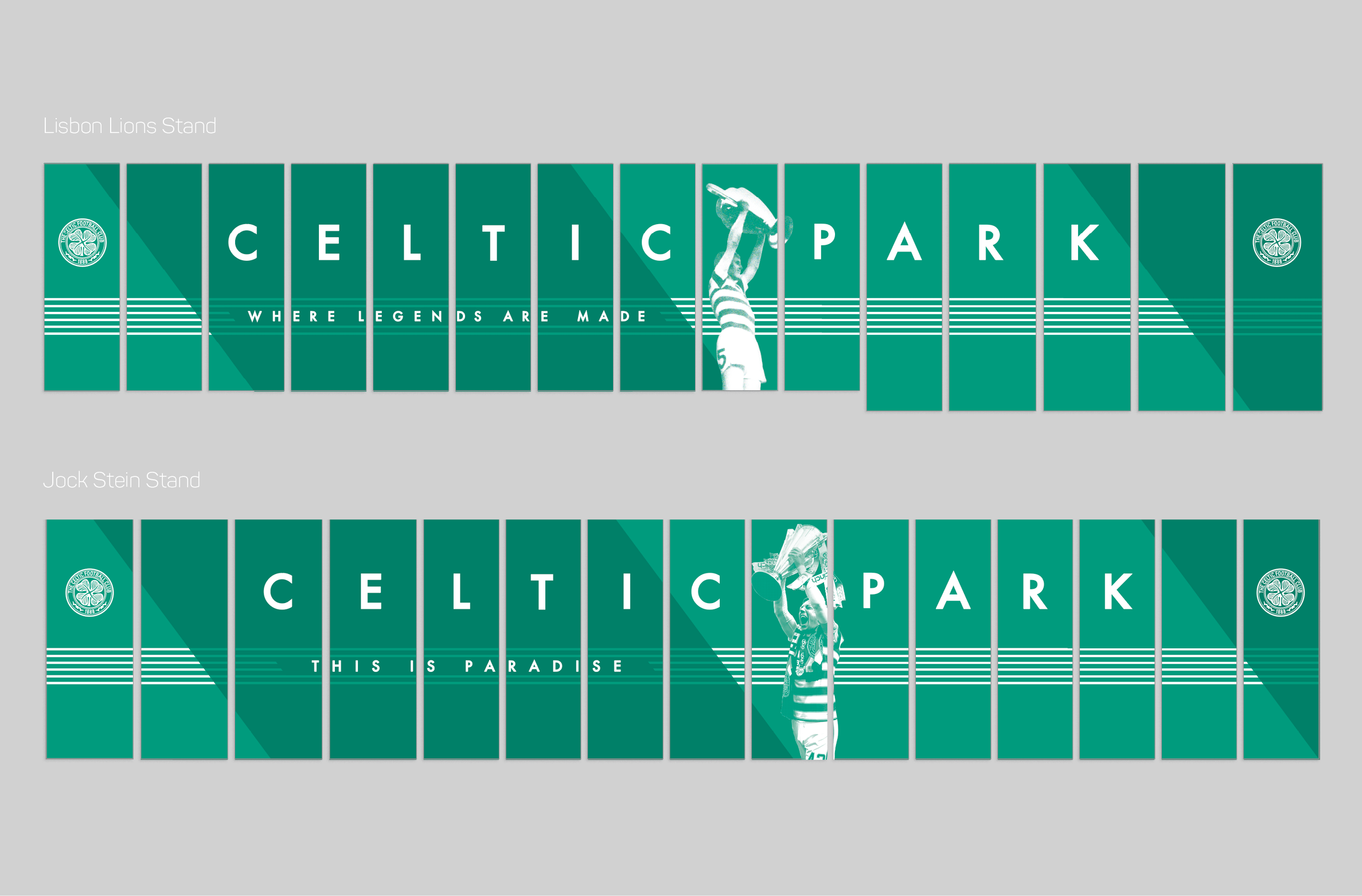 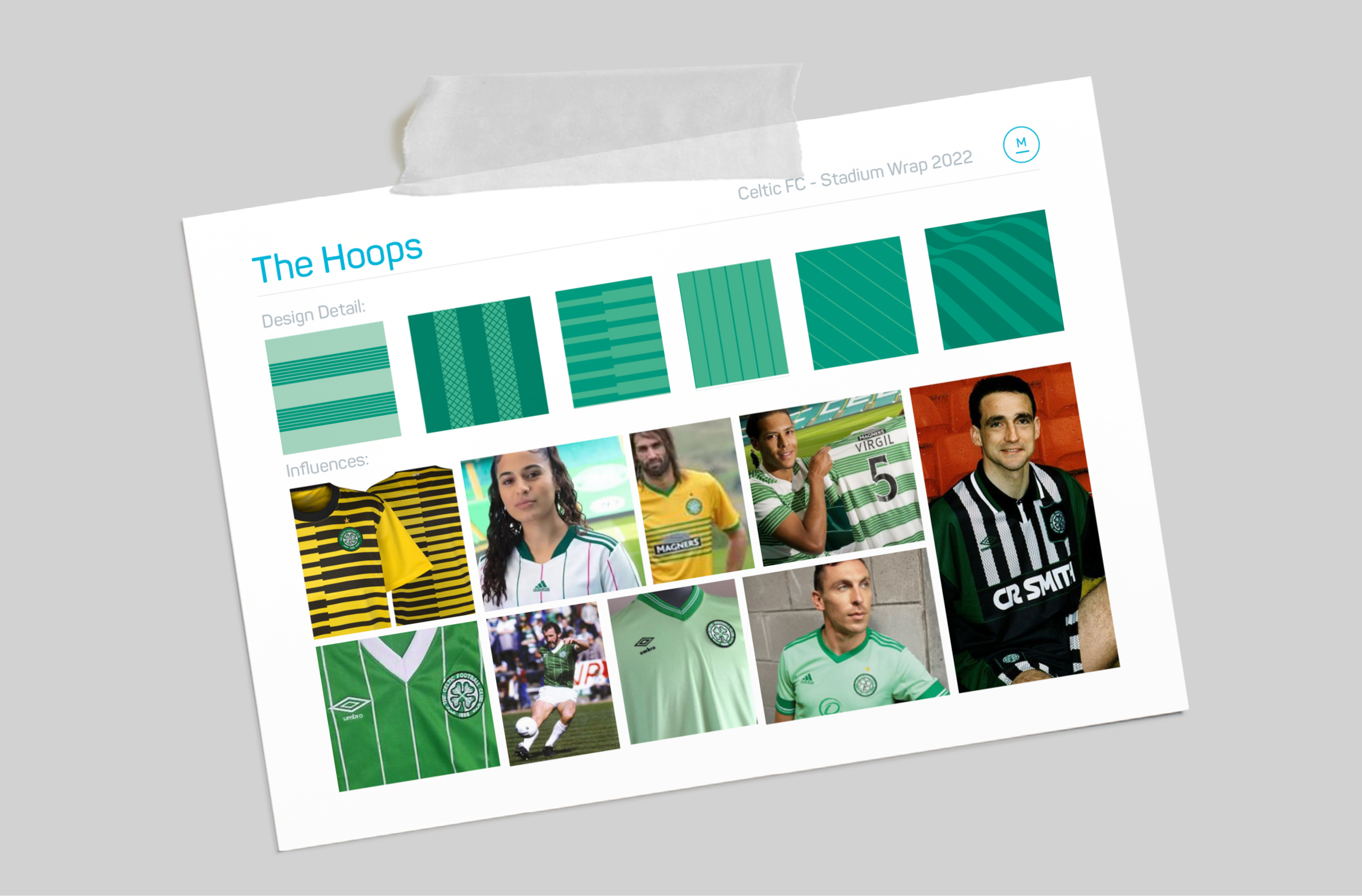 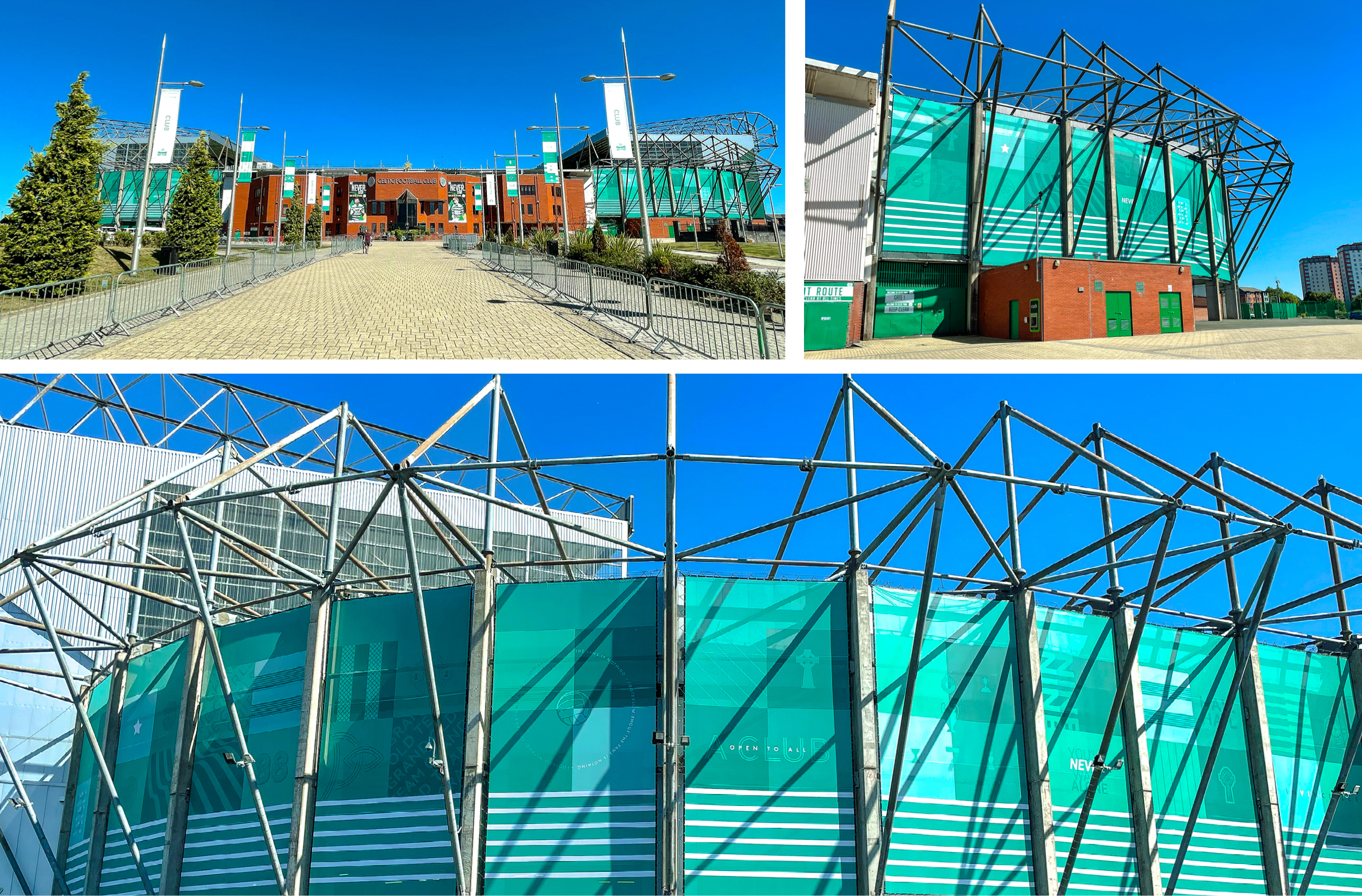 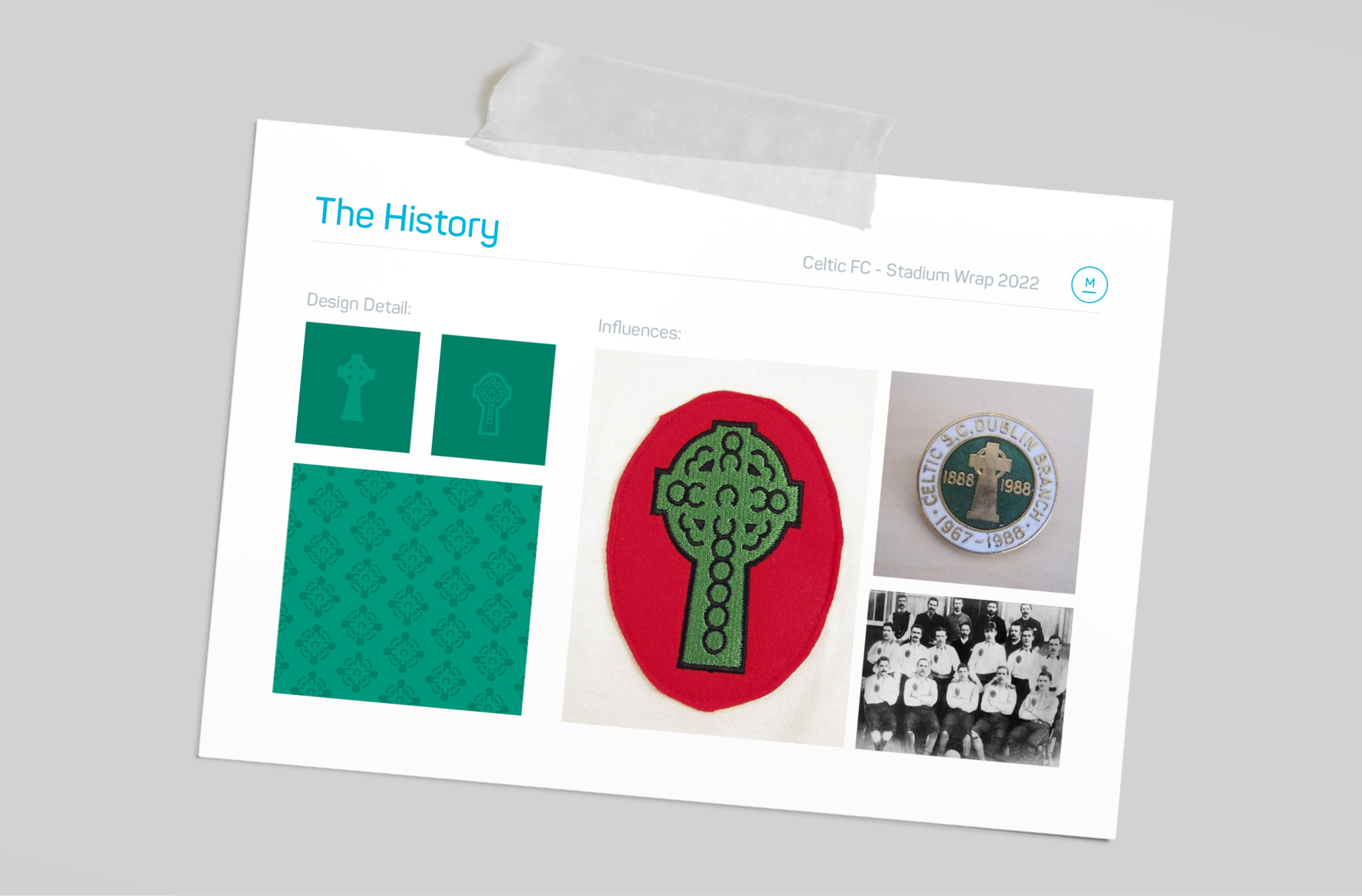 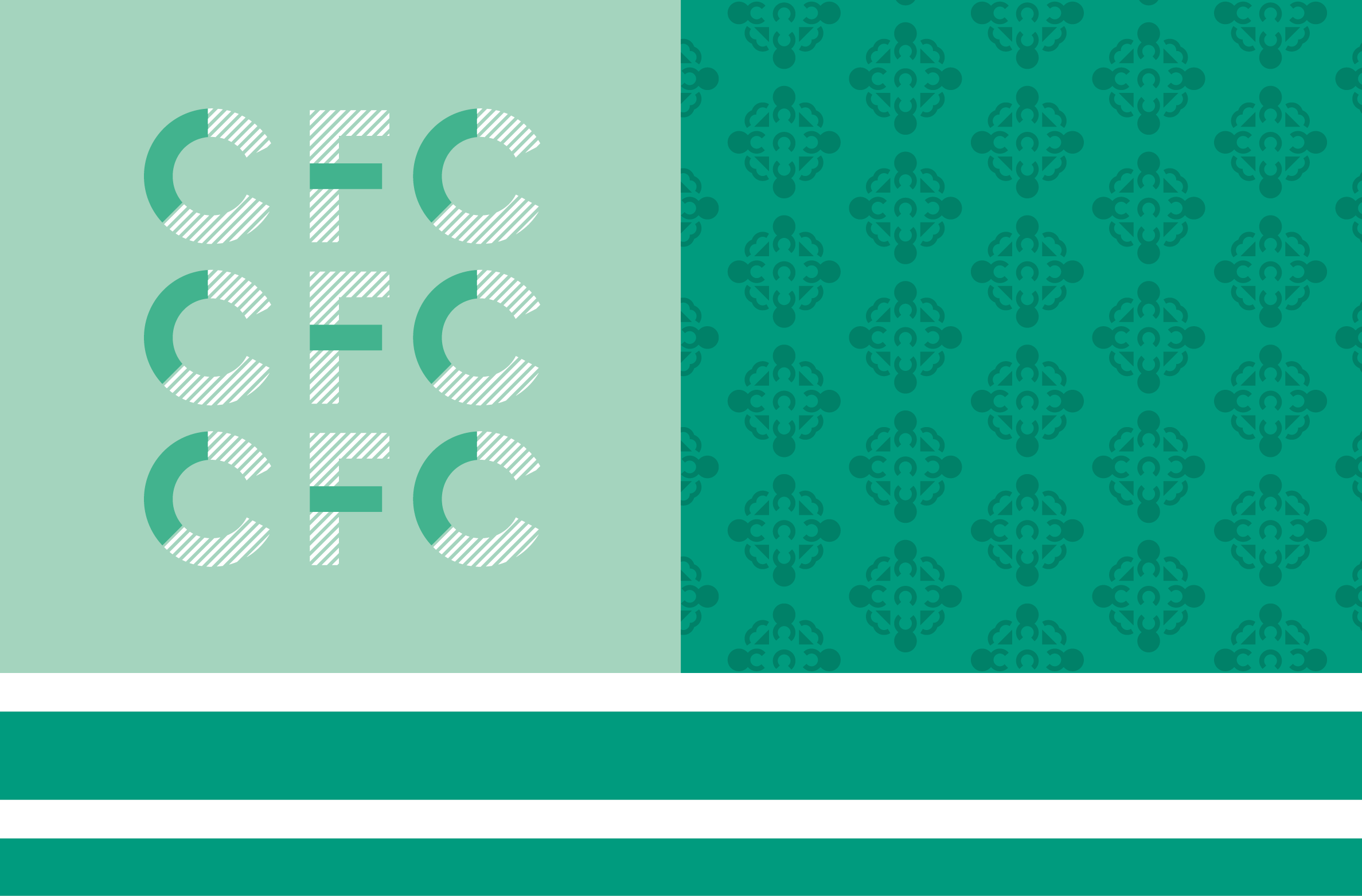 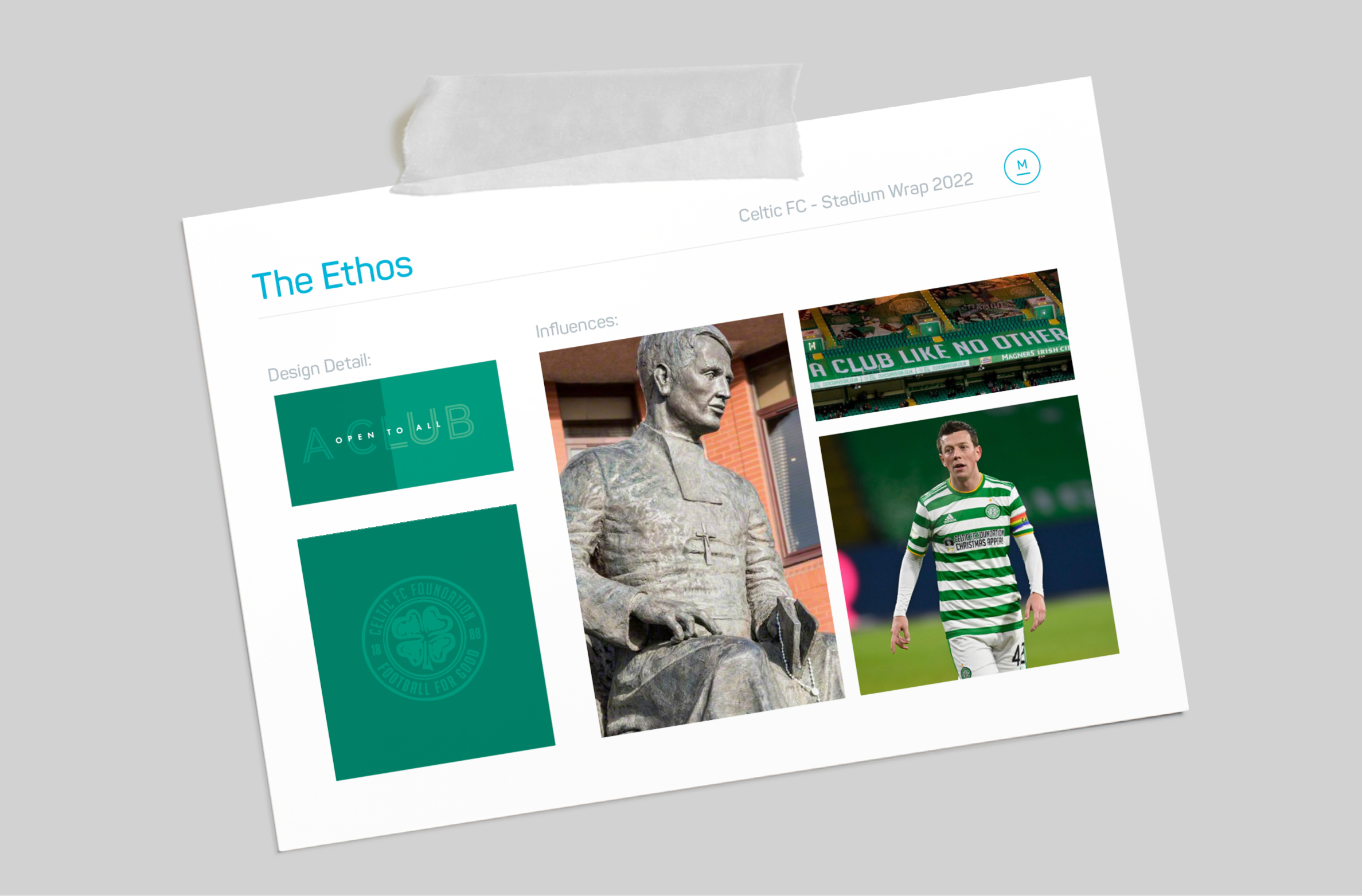 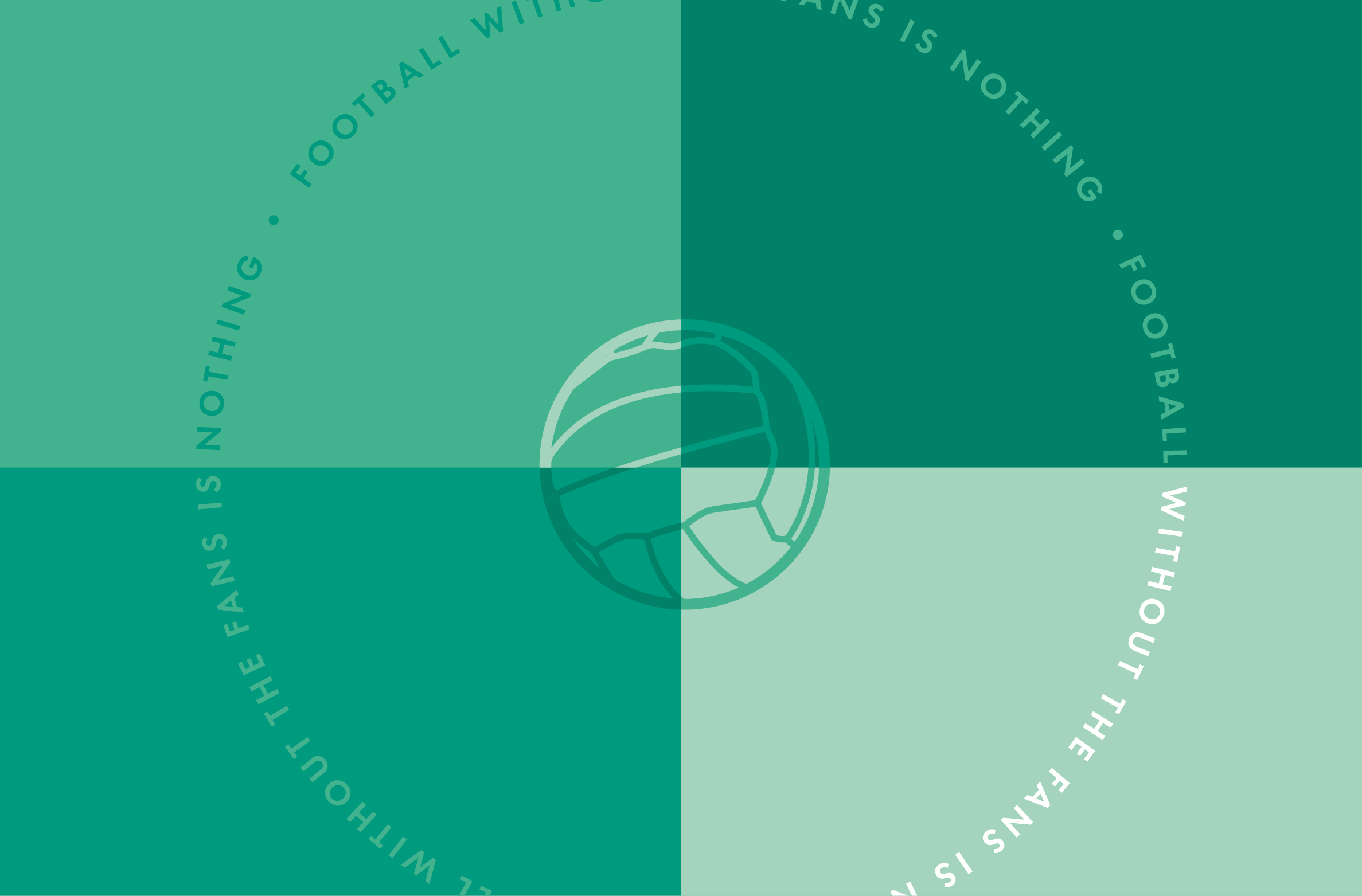 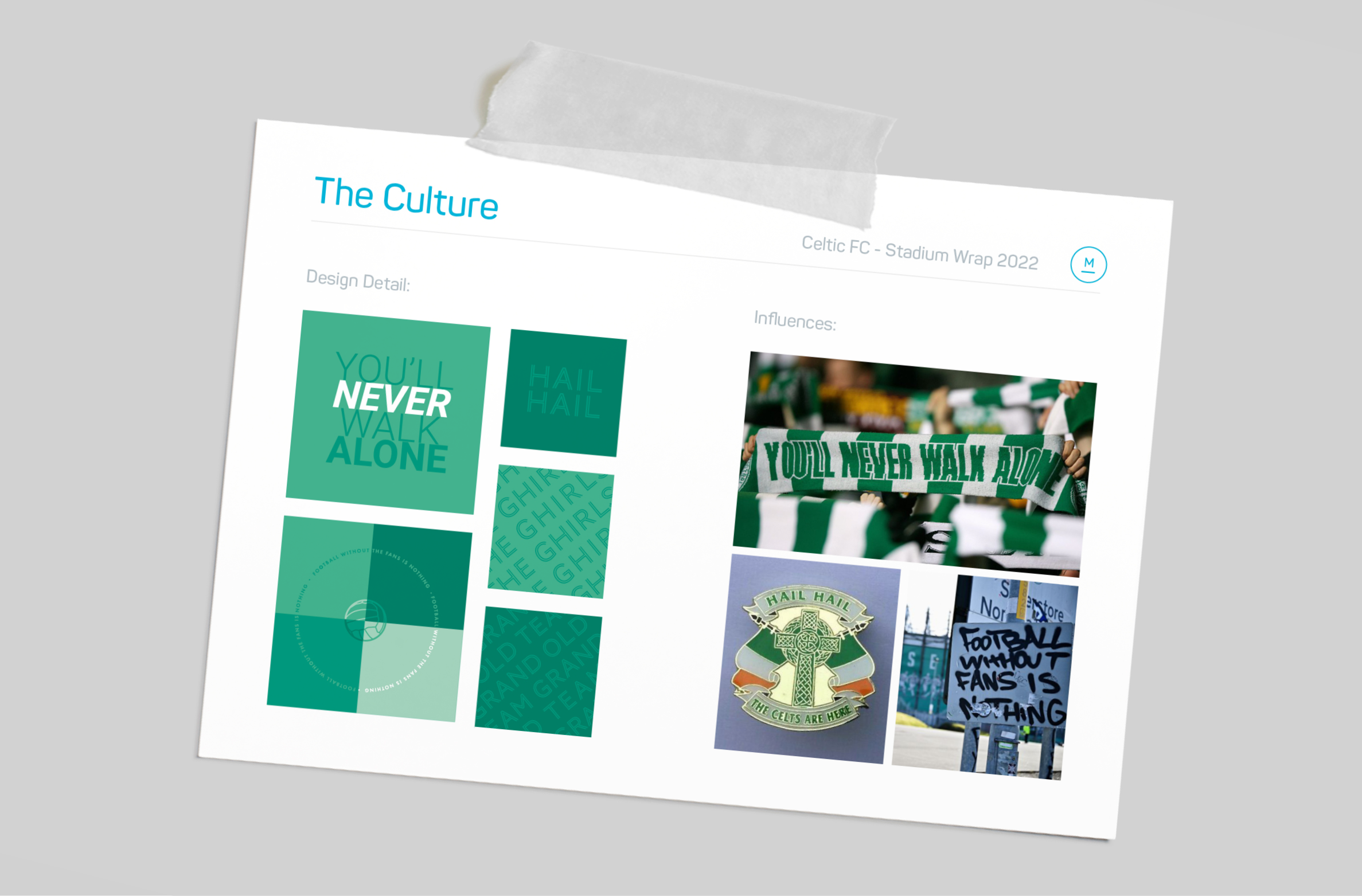 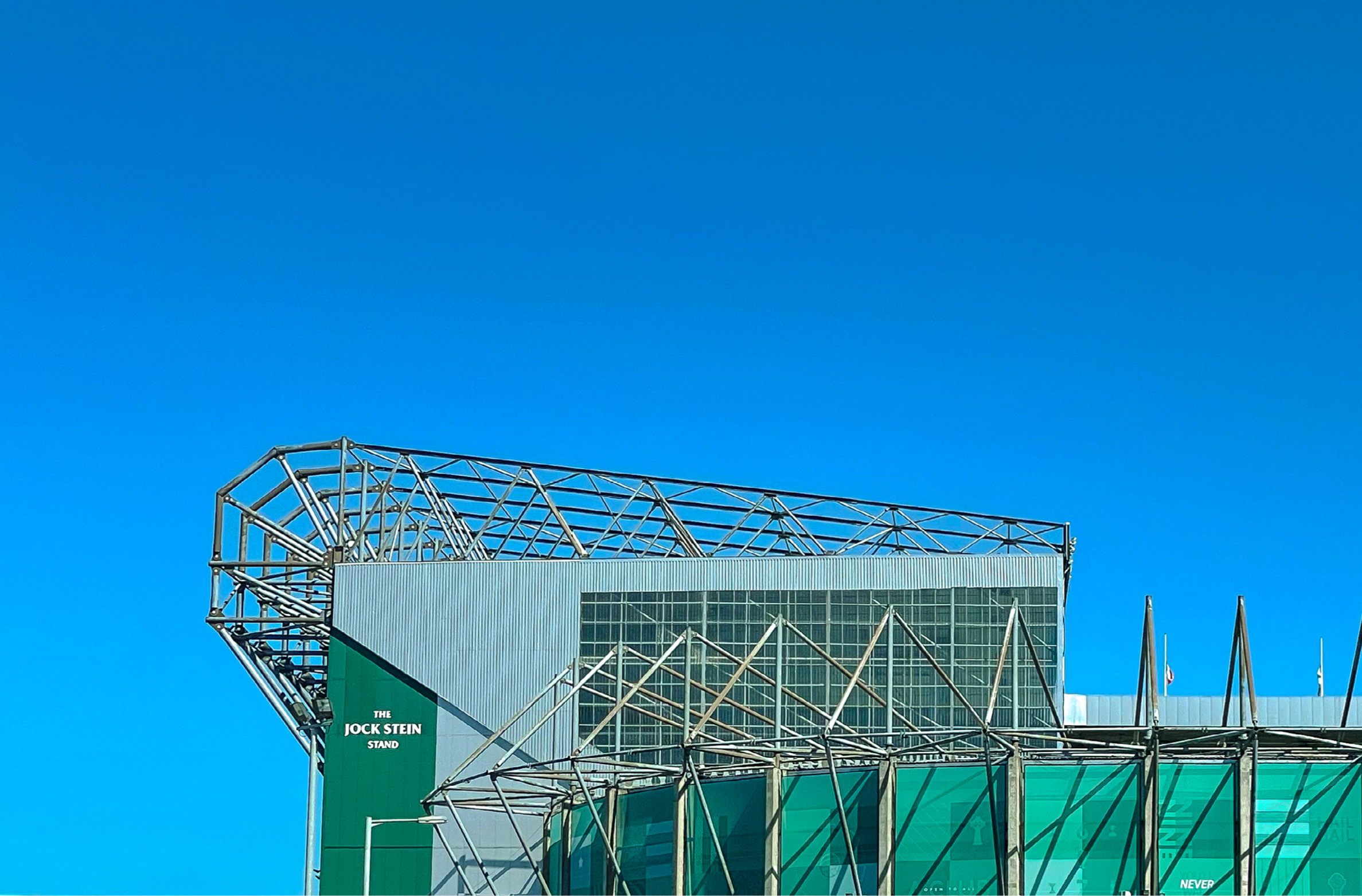 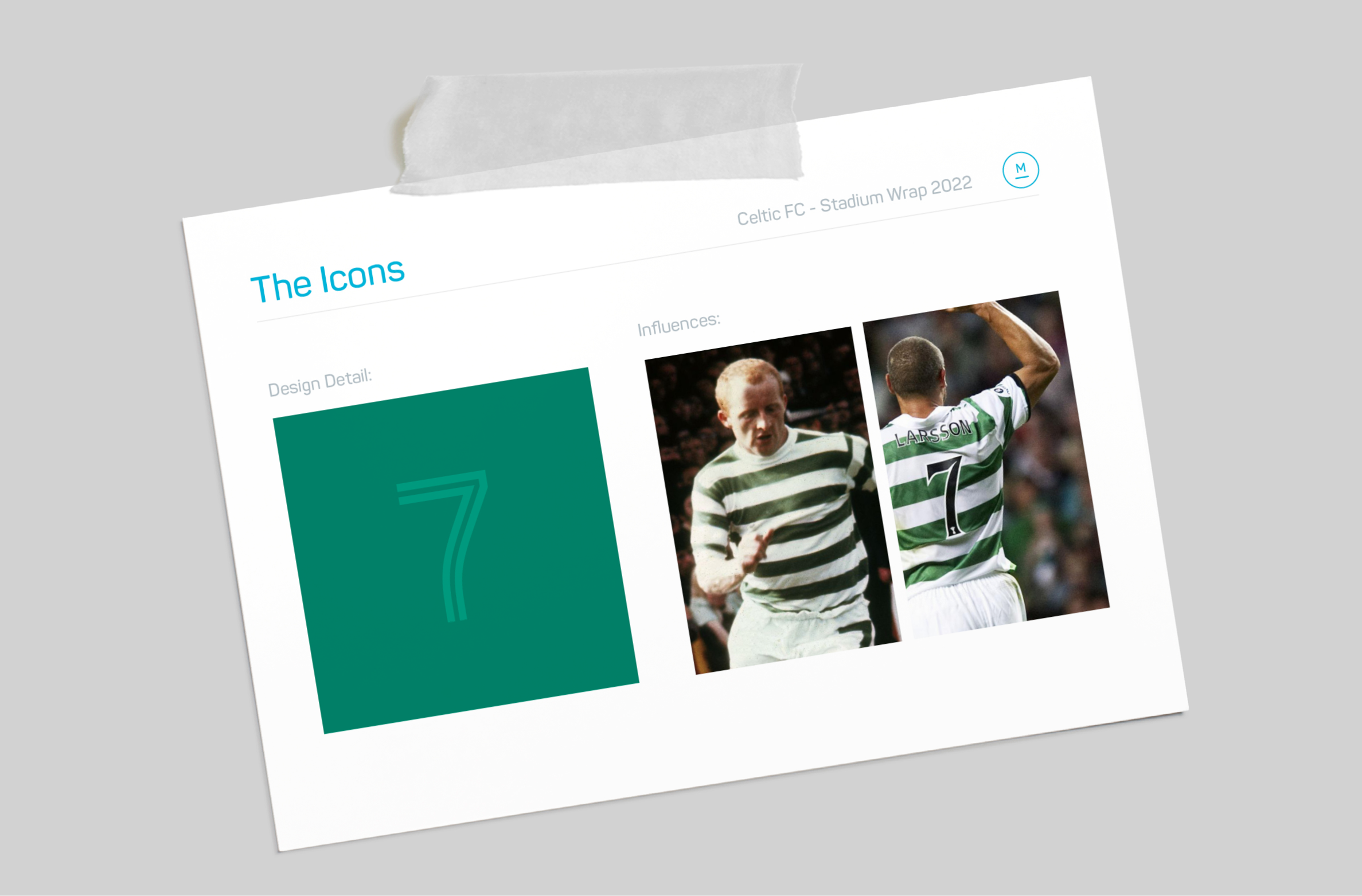 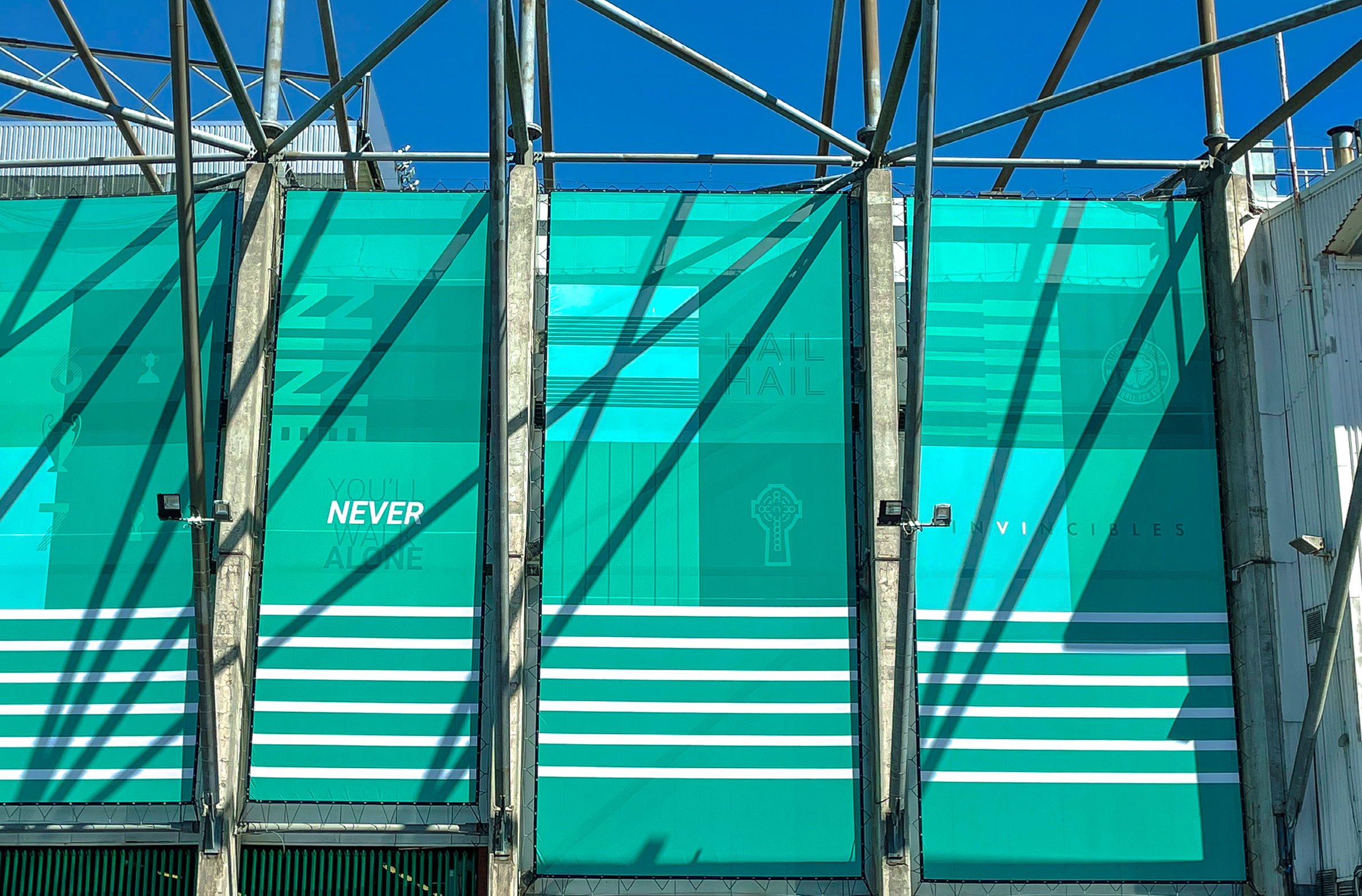 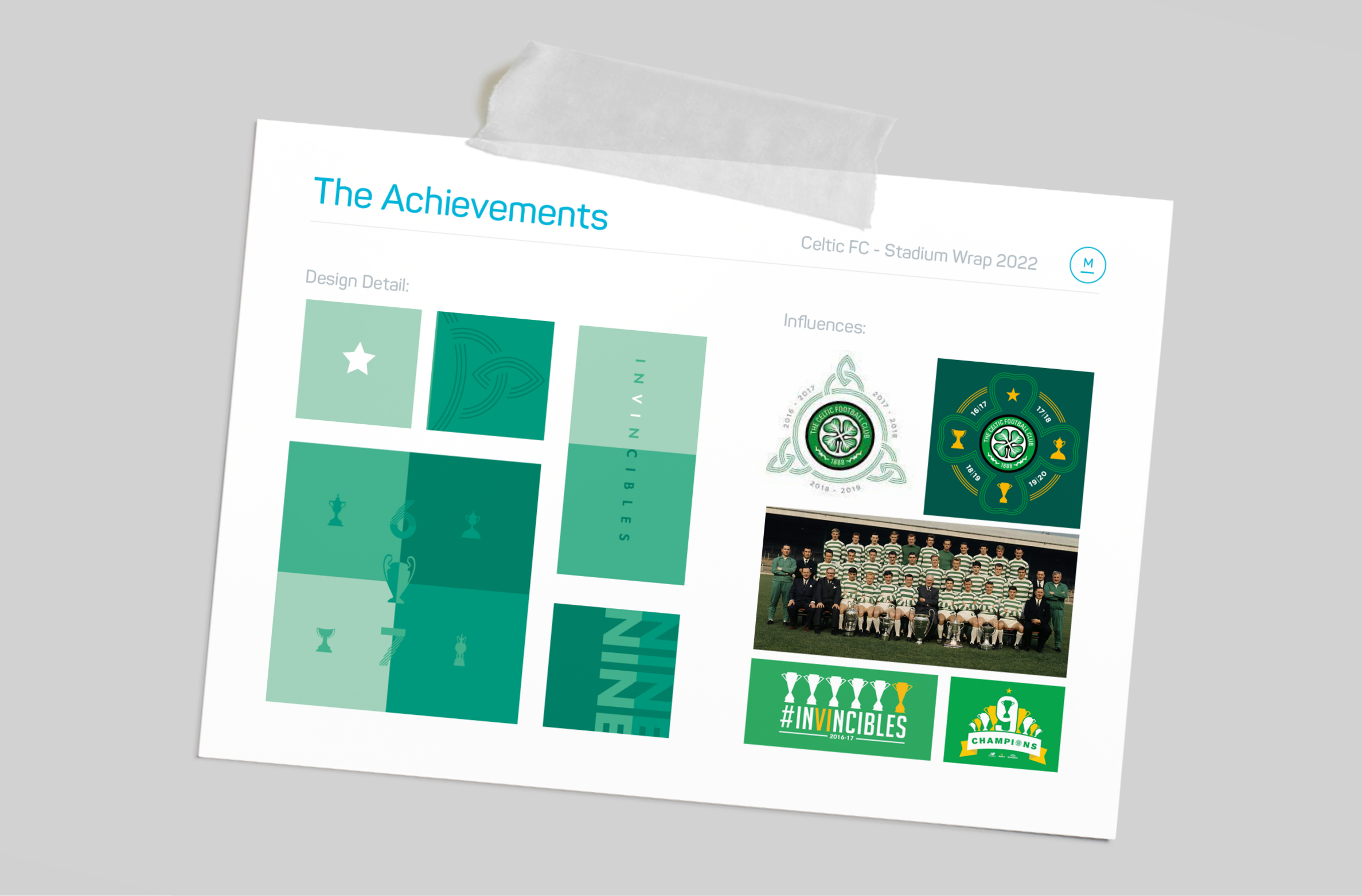 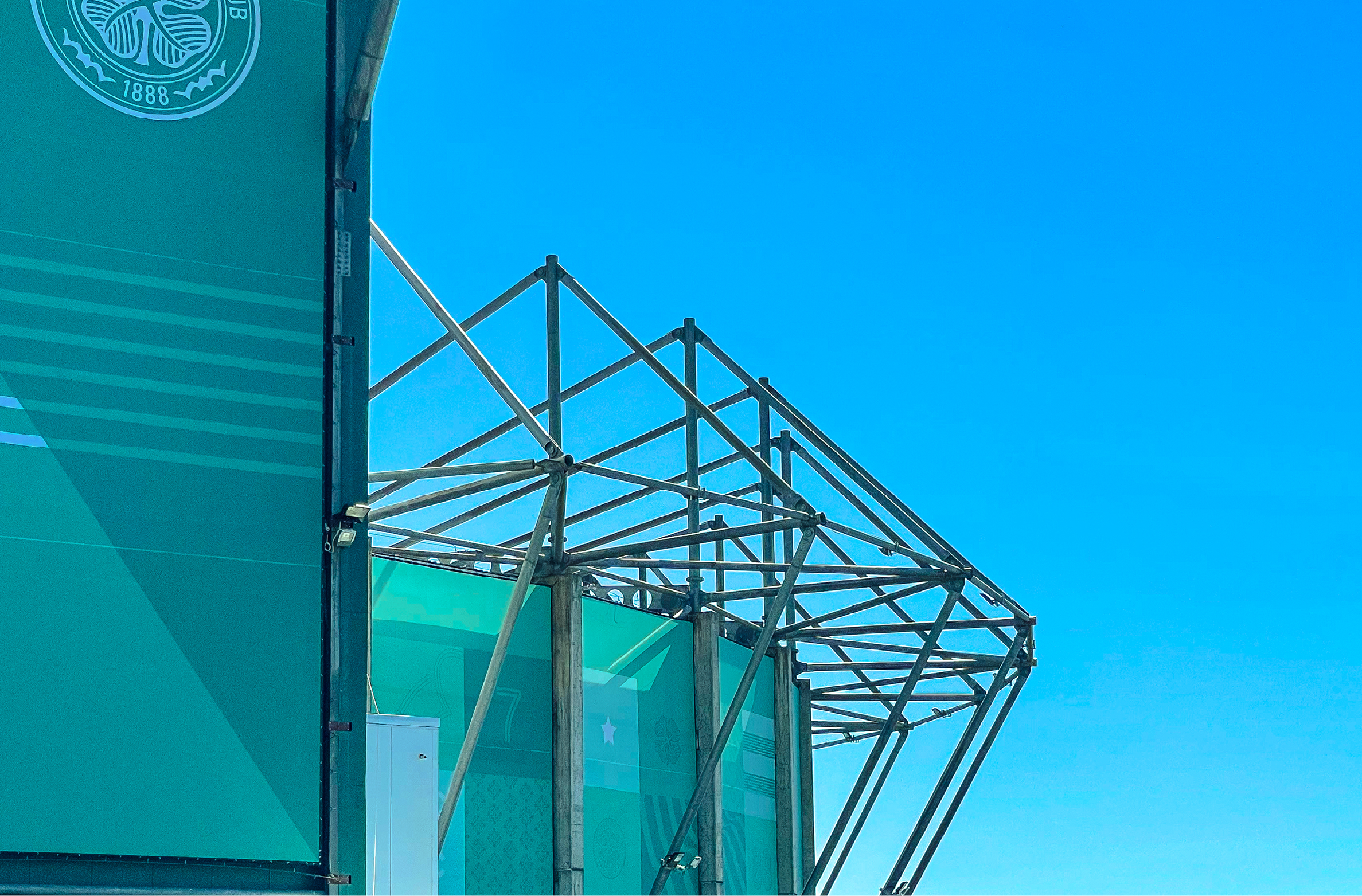