Following a successful pitch, Maguires were appointed to provide a creative multi-channel campaign to promote the sale of 2019/20 season tickets for Celtic Football Club.

Celtic Park, known to fans simply as ‘Paradise’, has long been considered one of football’s greatest venues. Over the years, many of the sport’s biggest names have lined up to praise the unique atmosphere generated on match days at ‘Paradise’.

“I’ve been fortunate to play in some great stadiums in Europe with Barcelona but none compare to Celtic. The atmosphere their fans create make it a very special European night of football.”
Lionel Messi

“Anyone going to Celtic Park now is saying, ‘You’ve got to beat that atmosphere, the energy they spend in their games’.”
Sir Alex Ferguson

The notion of the crowd being the ‘12th man’ is not a new one. However, what if the power generated by the fans was so strong it bestowed super-human powers upon the players?

We called this the ‘Power of Paradise’.

By asking fans to renew their season ticket, we appealed to them to ‘Unleash the Power of Paradise’ – a rallying call that would result in the players being even faster, stronger, and more powerful next season as a result.

We created six ‘hero’ images highlighting certain ‘powers’ attributed to key players, allowing us to create a distinct and varied campaign for deployment across press and outdoor, as well as the club’s own social channels.

As part of our initial pitch, we suggested creating an accompanying video to the main campaign. With the concept behind the video being how the stars of the campaign would act with such powers in the day-to-day routine of training.

Working with production company Arteus and Celtic’s in-house production team, we created the ‘Power of Paradise’ video – a more light-hearted look at our heroes and how their powers come into play at training. The video amassed over 168,000 views on Facebook alone, with the outtakes a further 71,000 views.

All 10,000 spaces on the waiting list for season tickets were filled with over a month to go before the May 10th deadline. 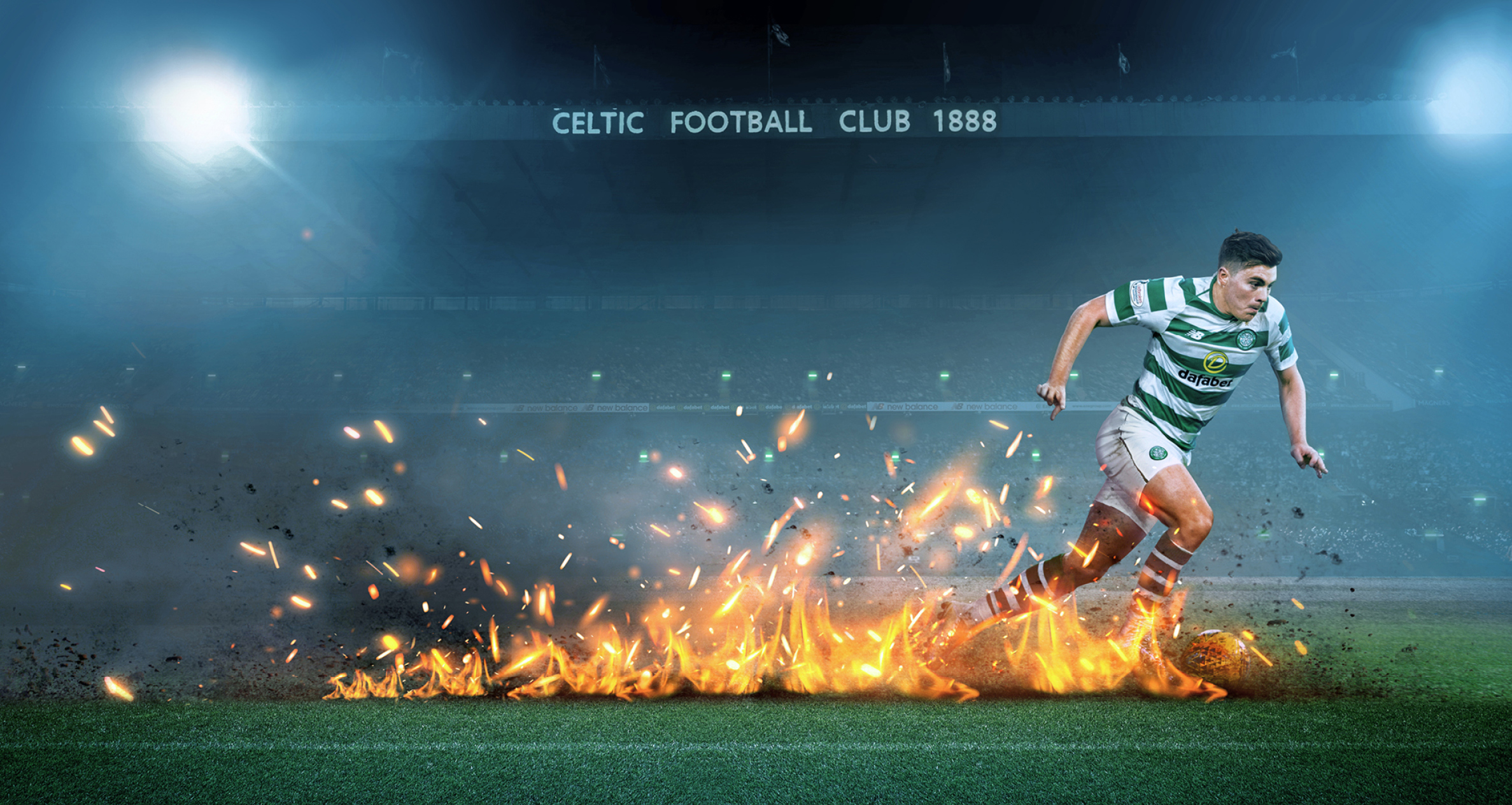 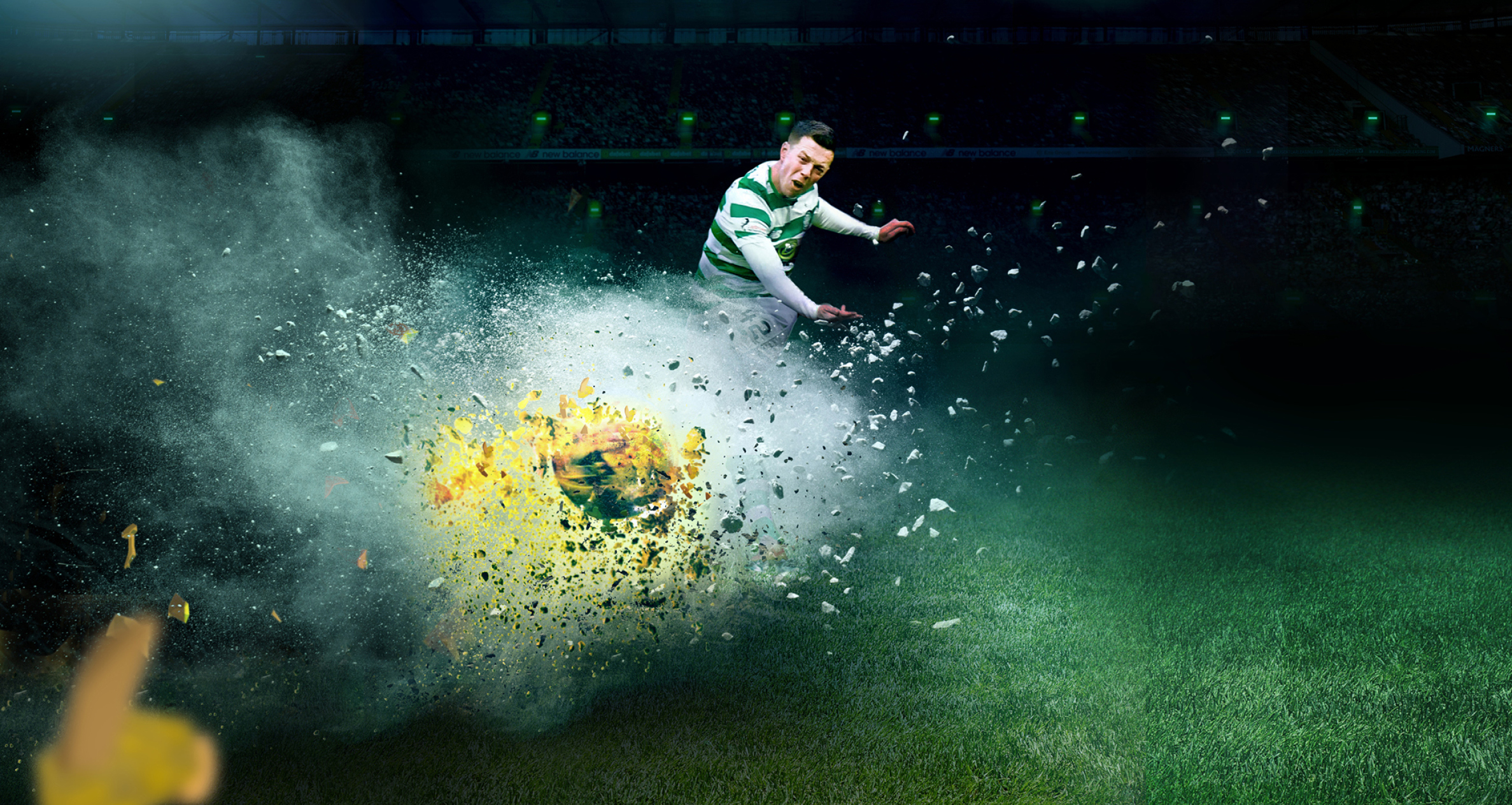 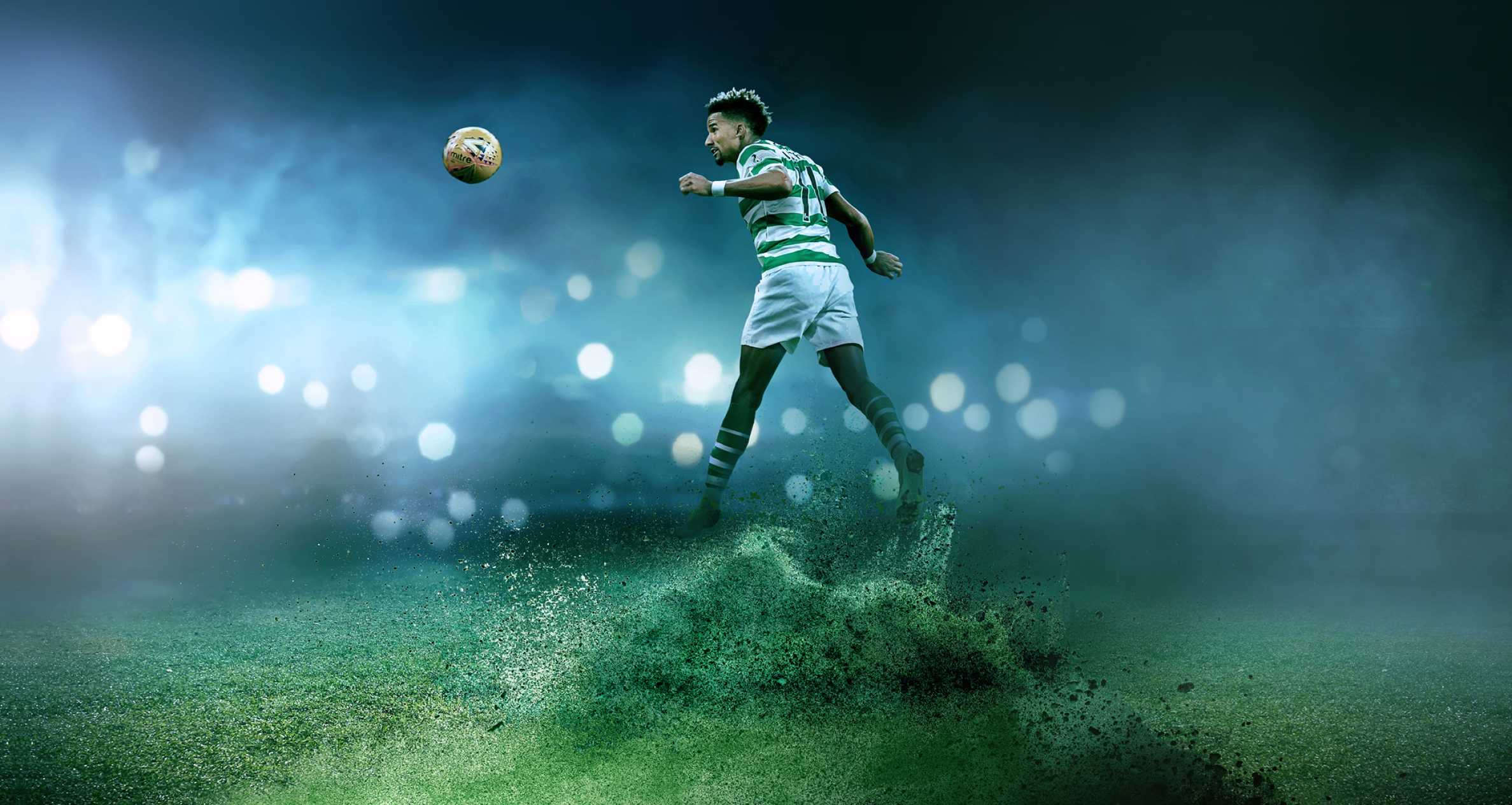 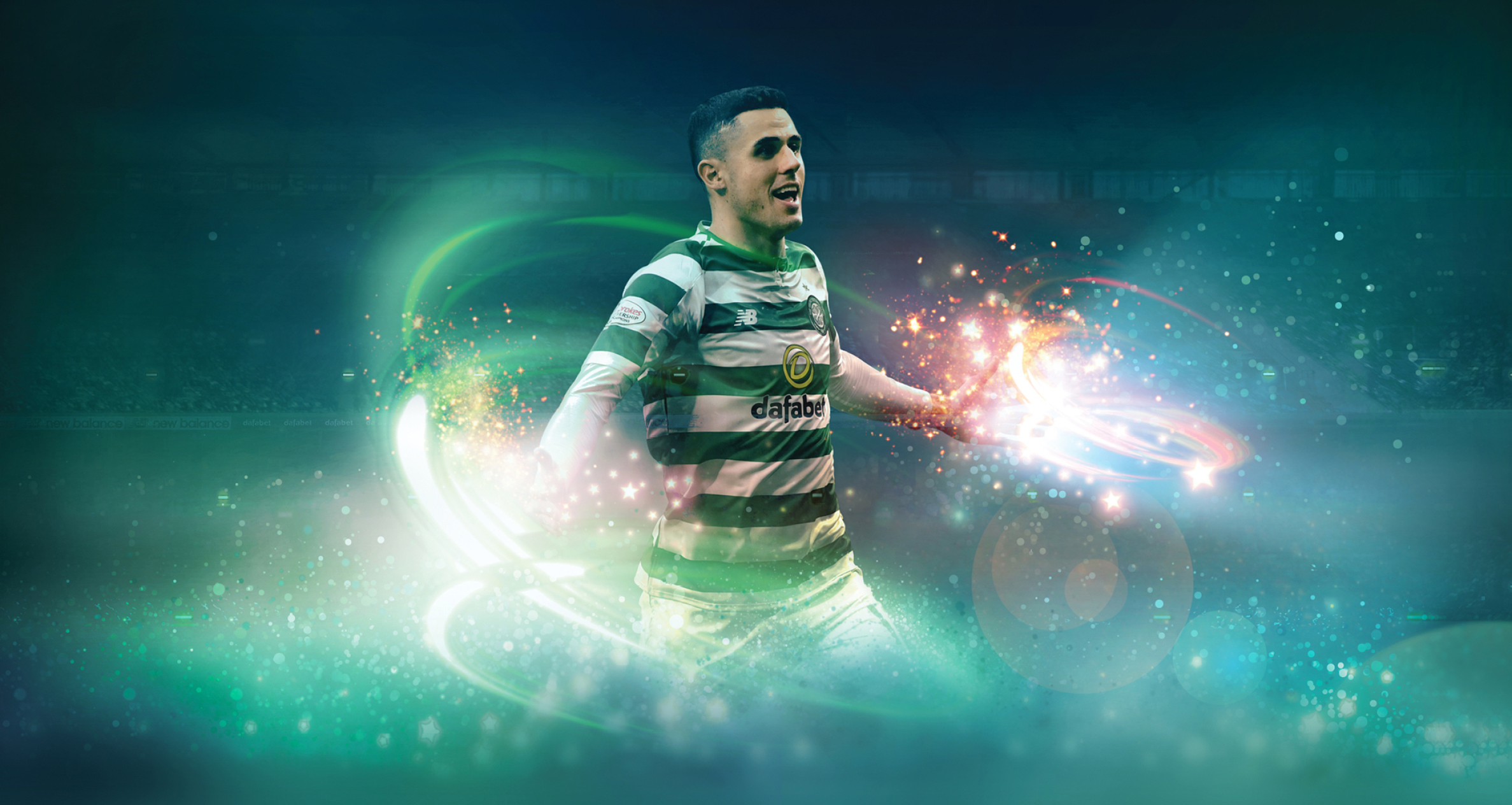 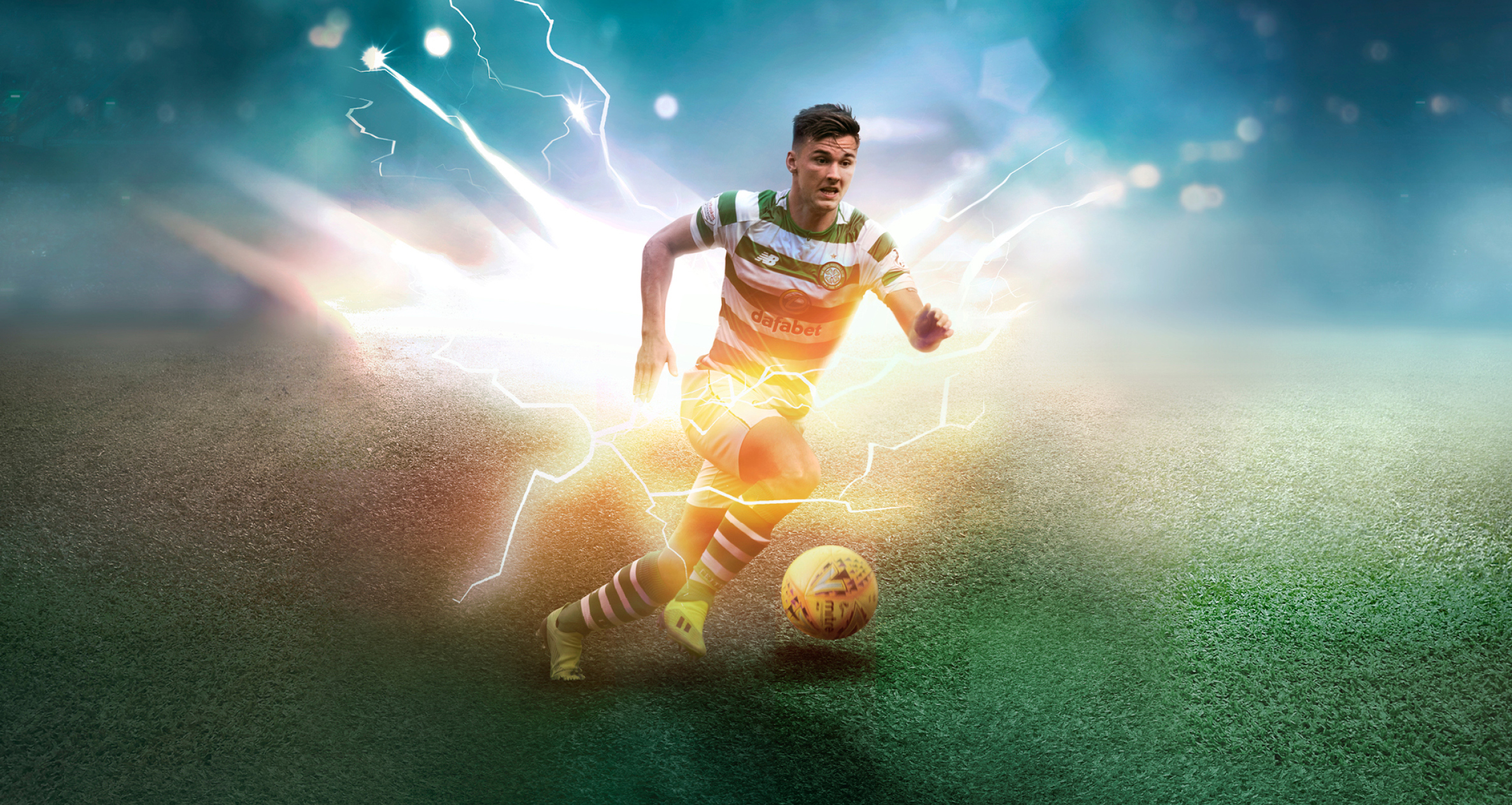 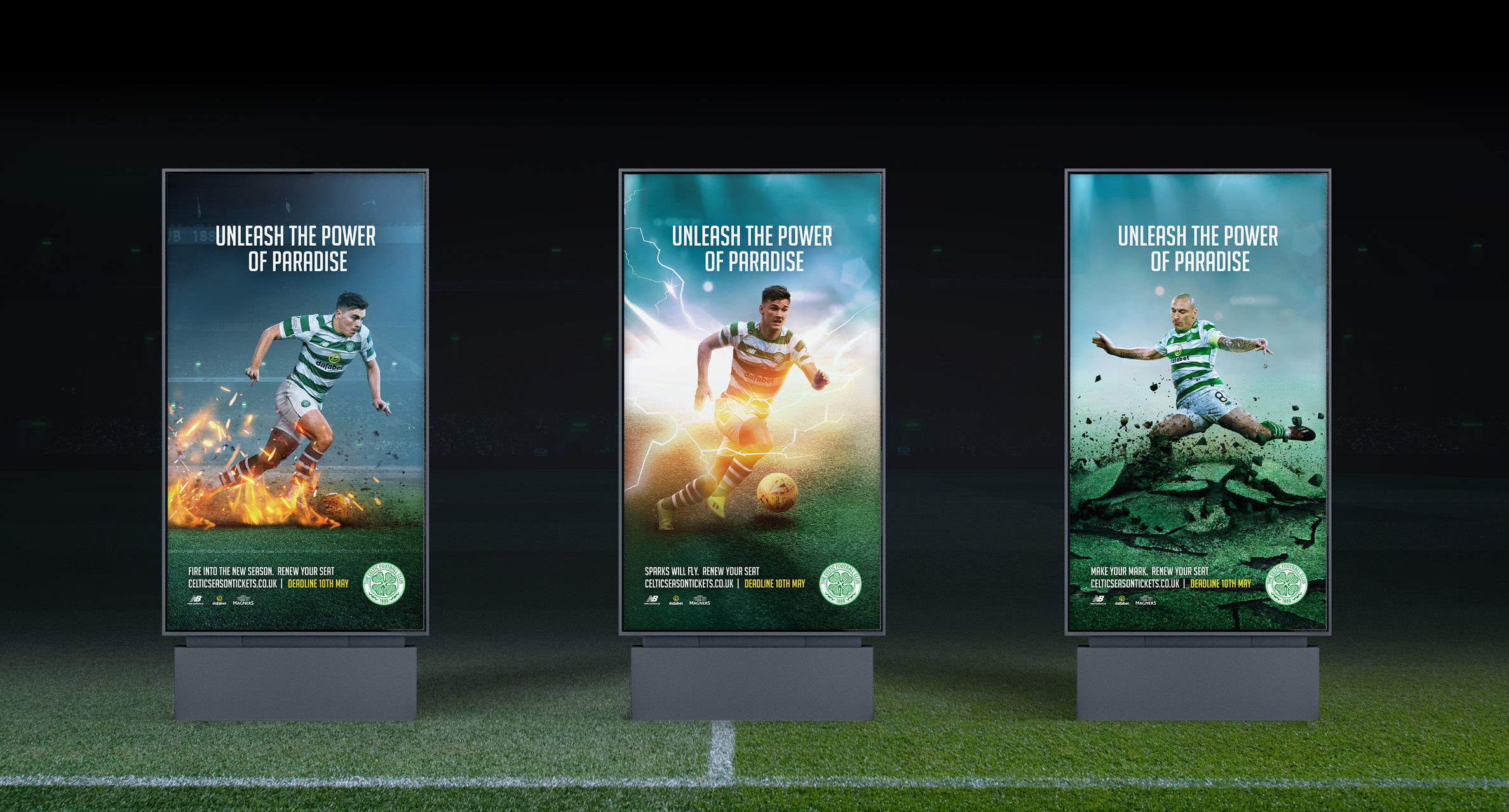 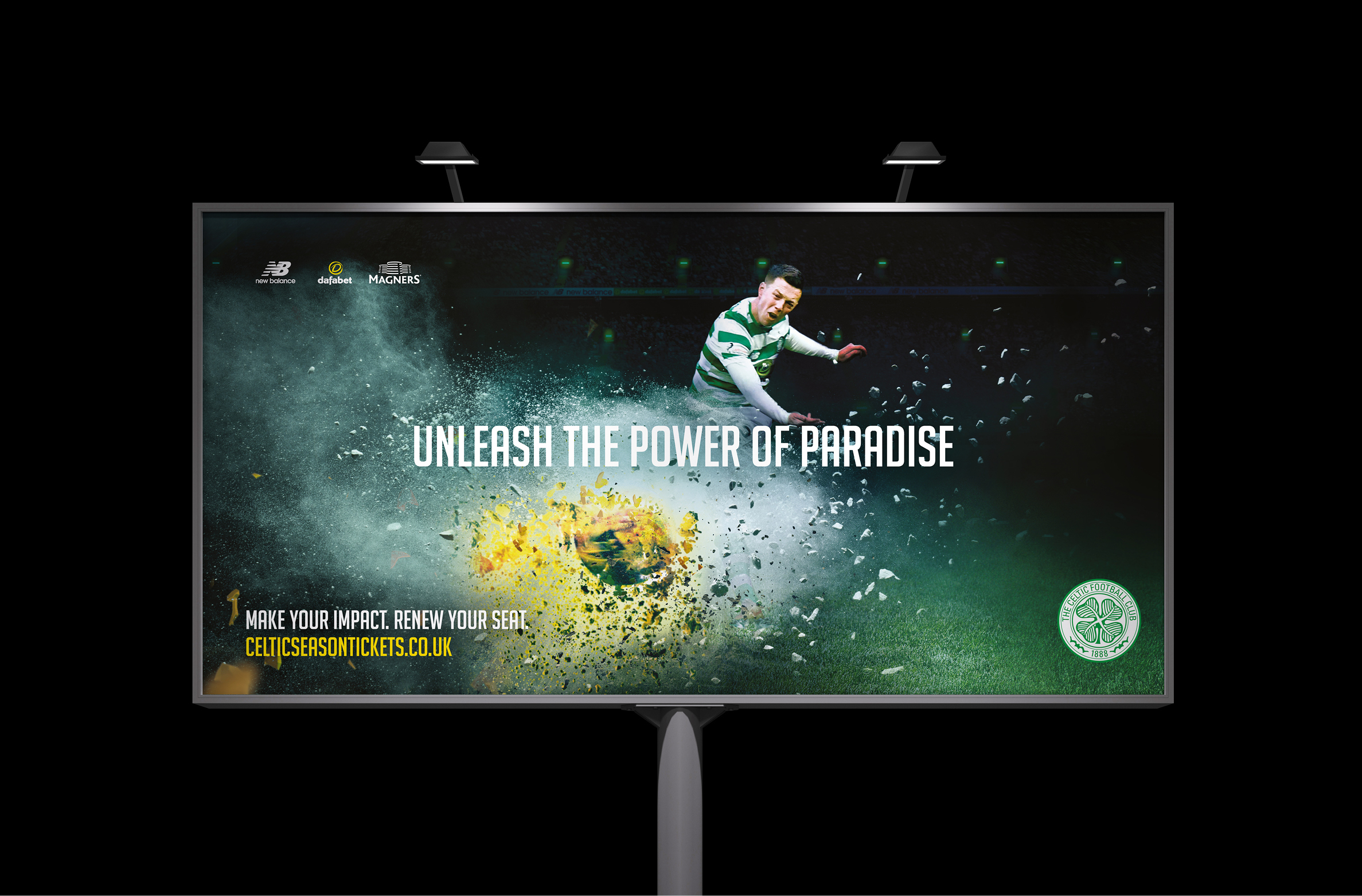 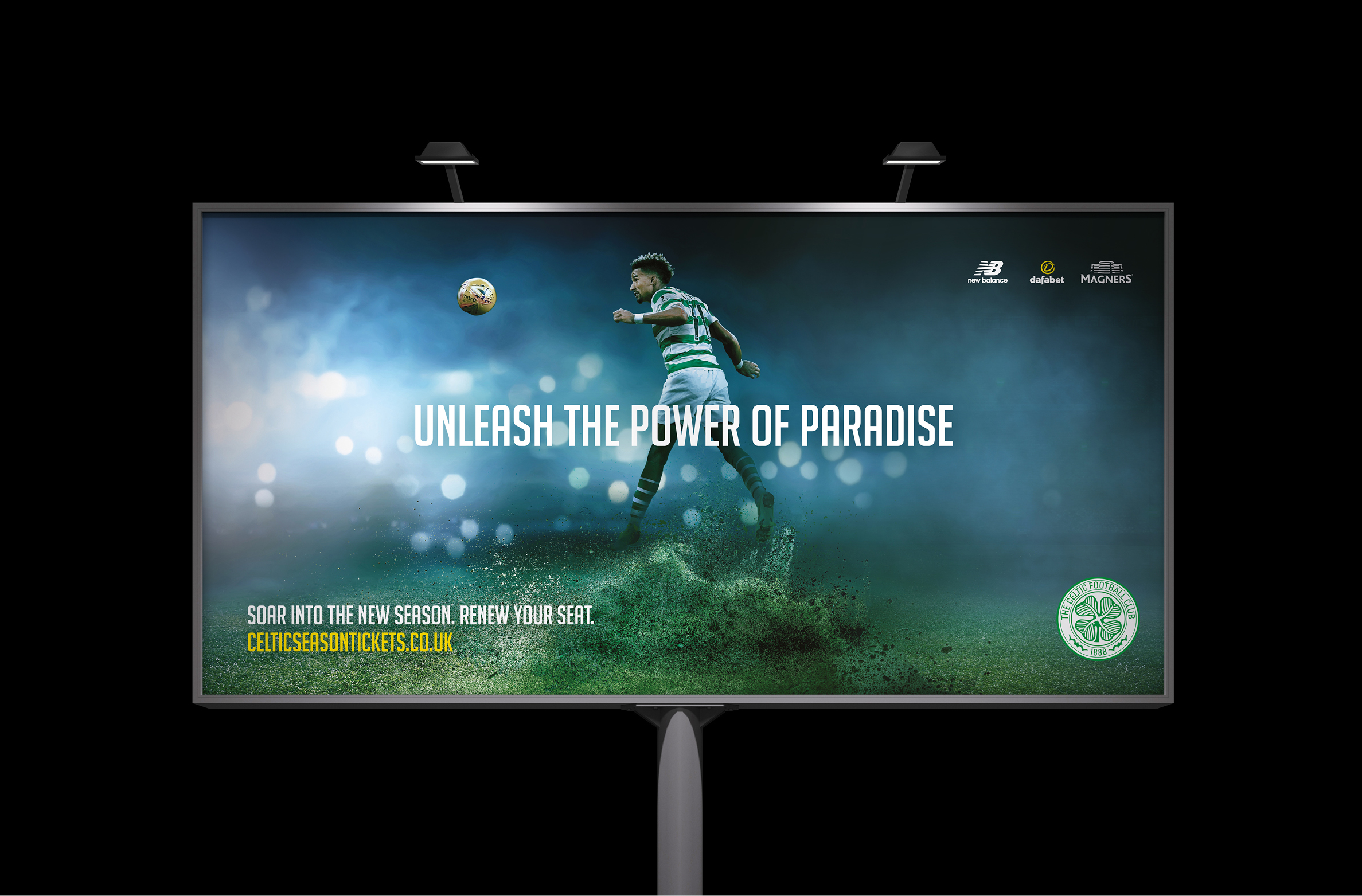 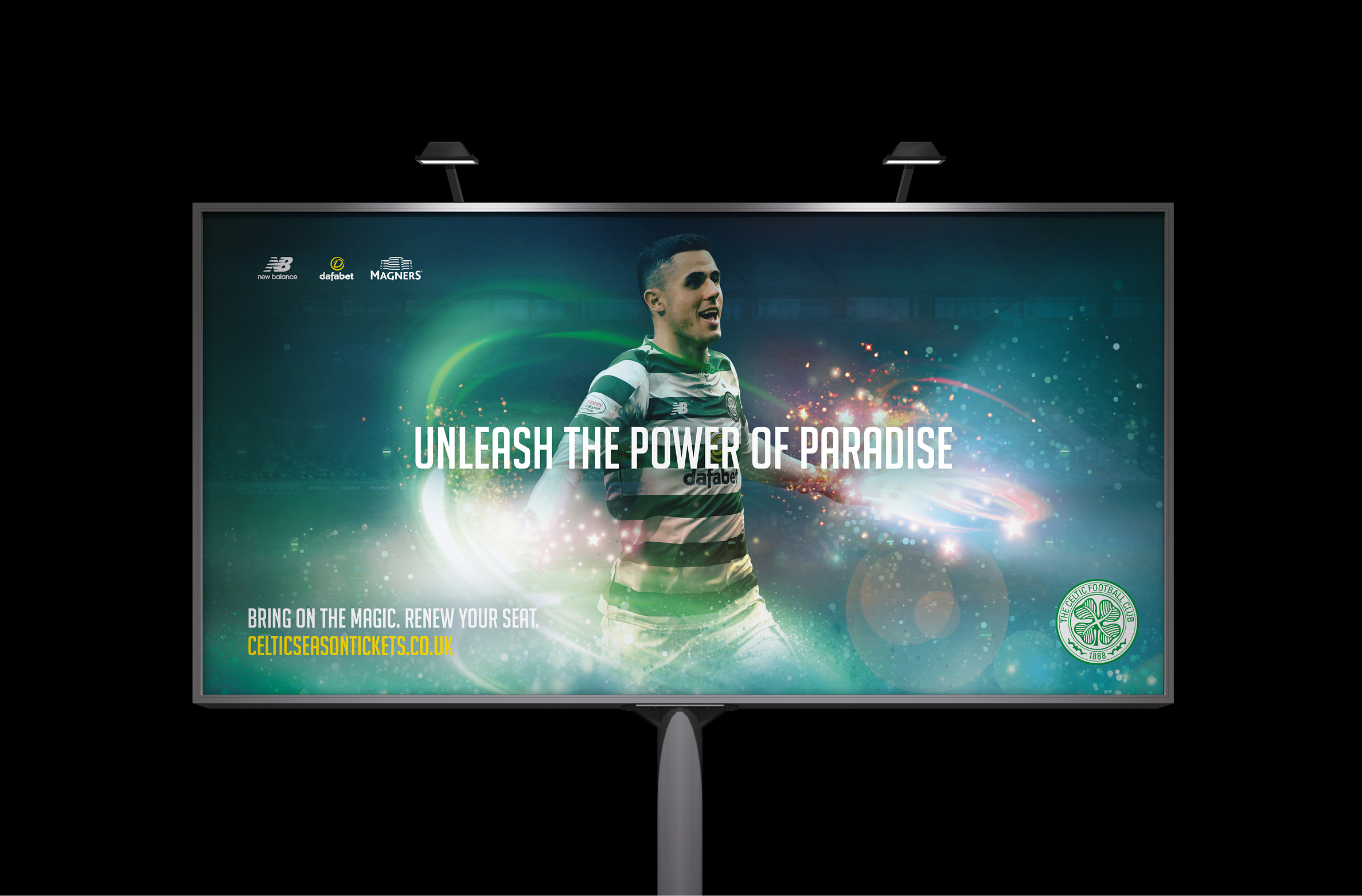 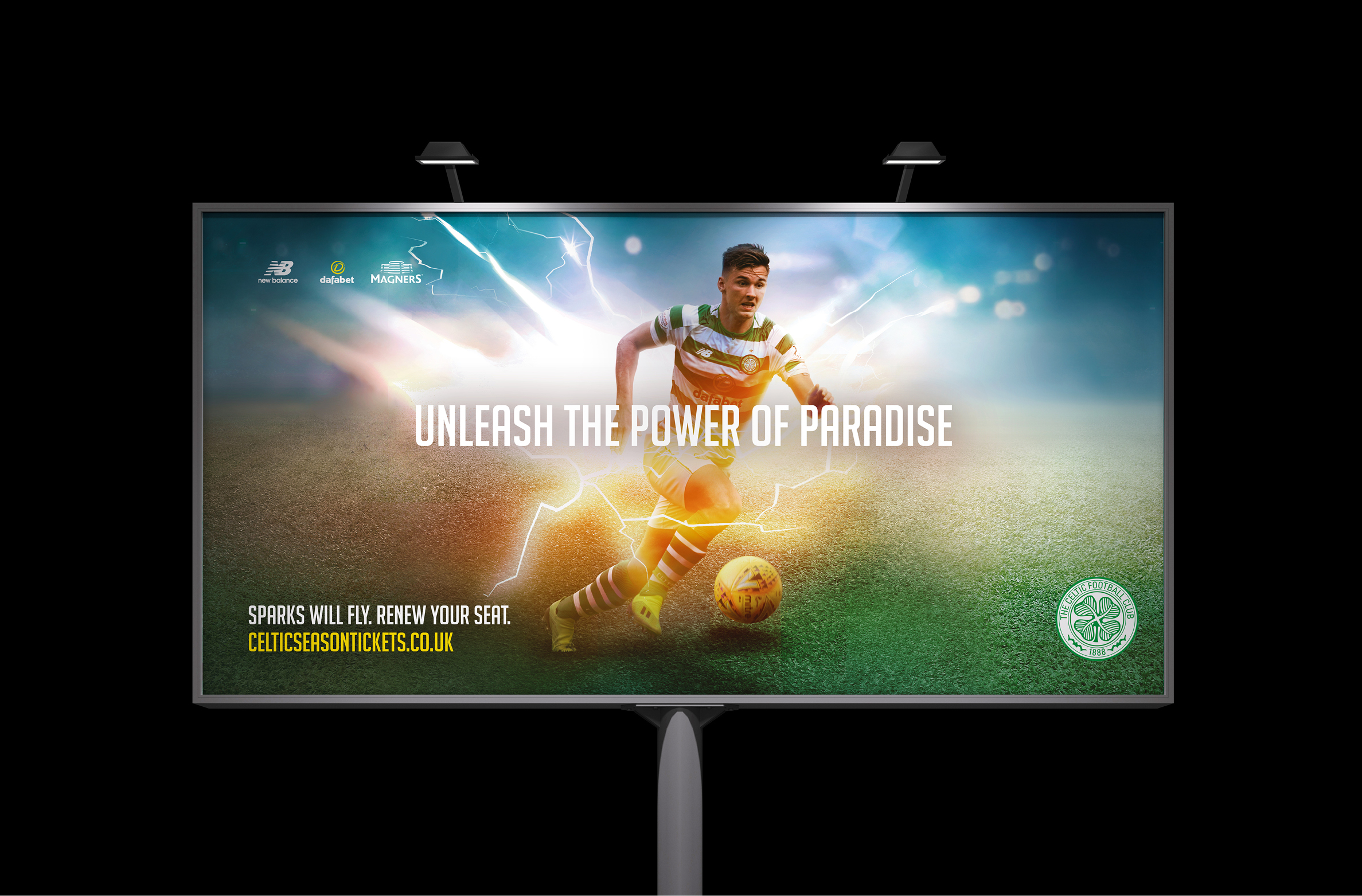 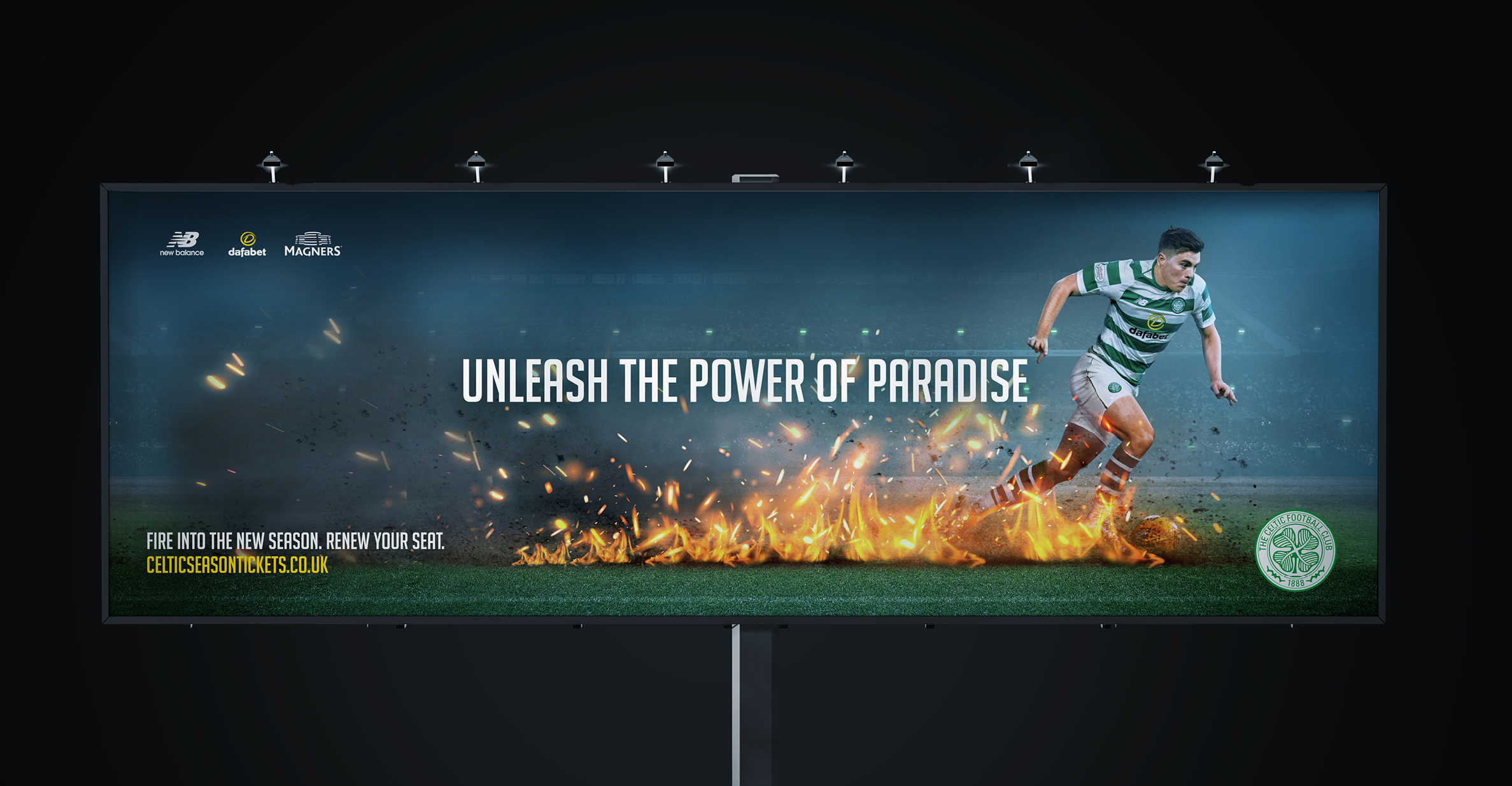 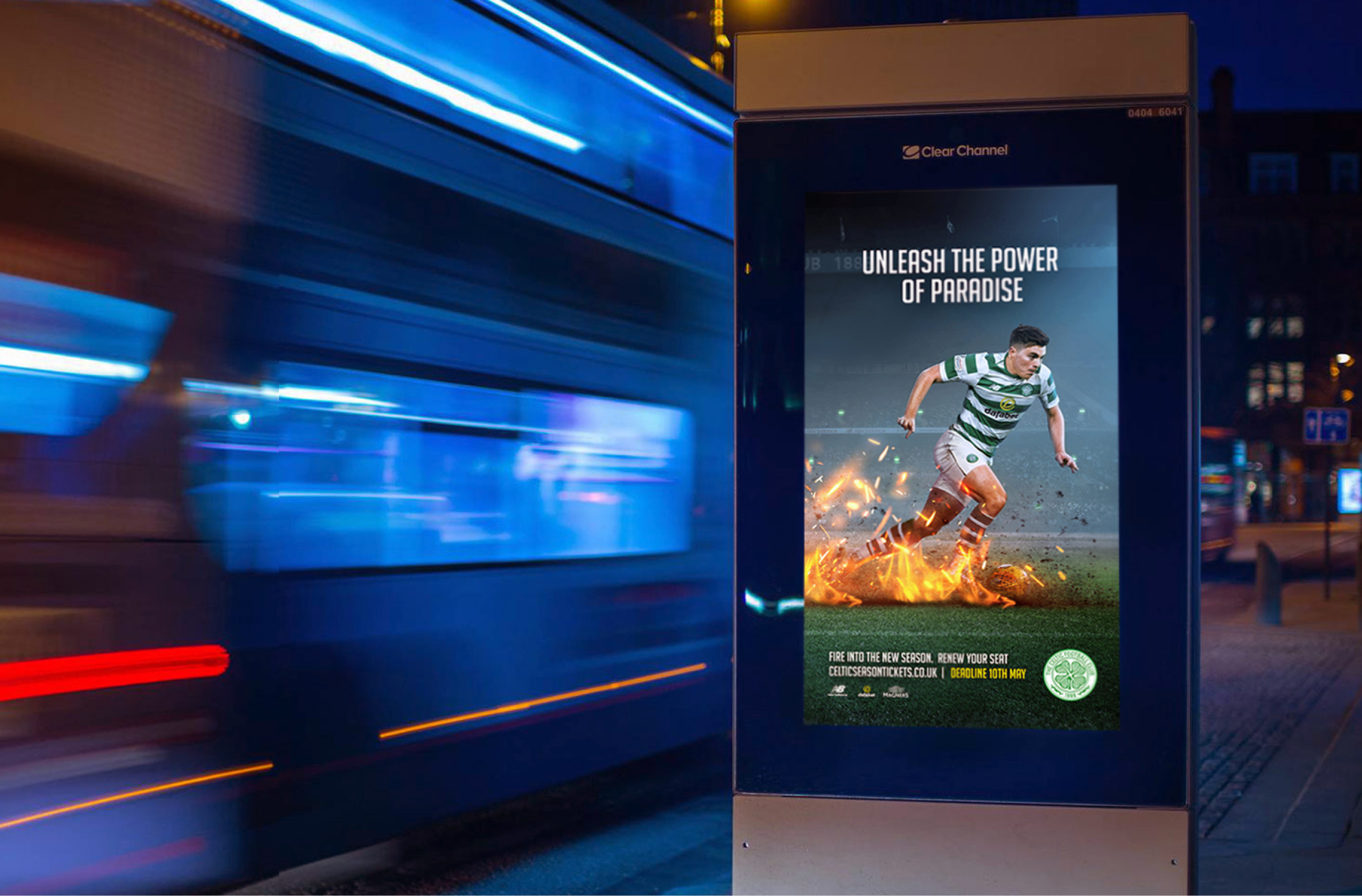 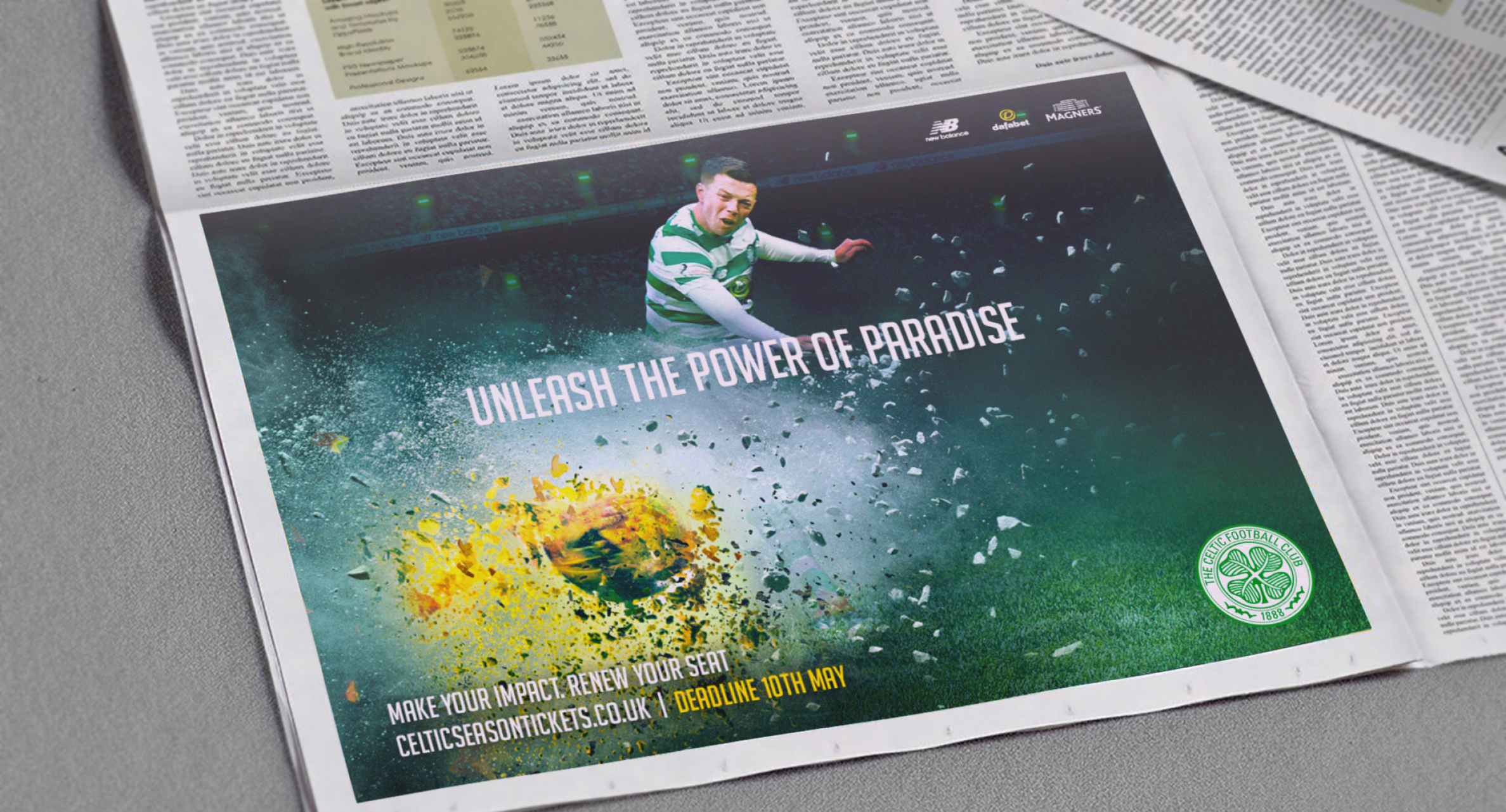 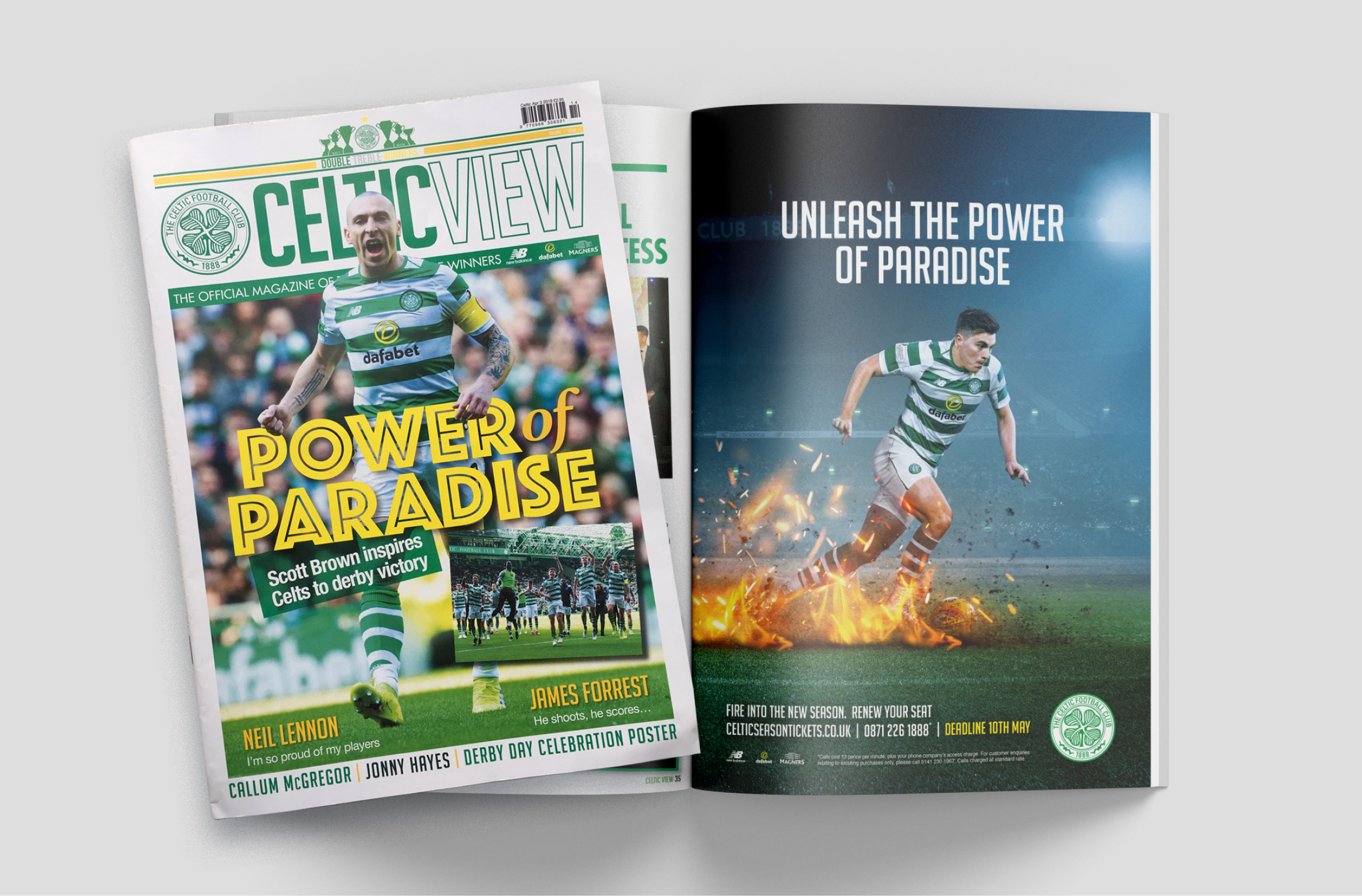 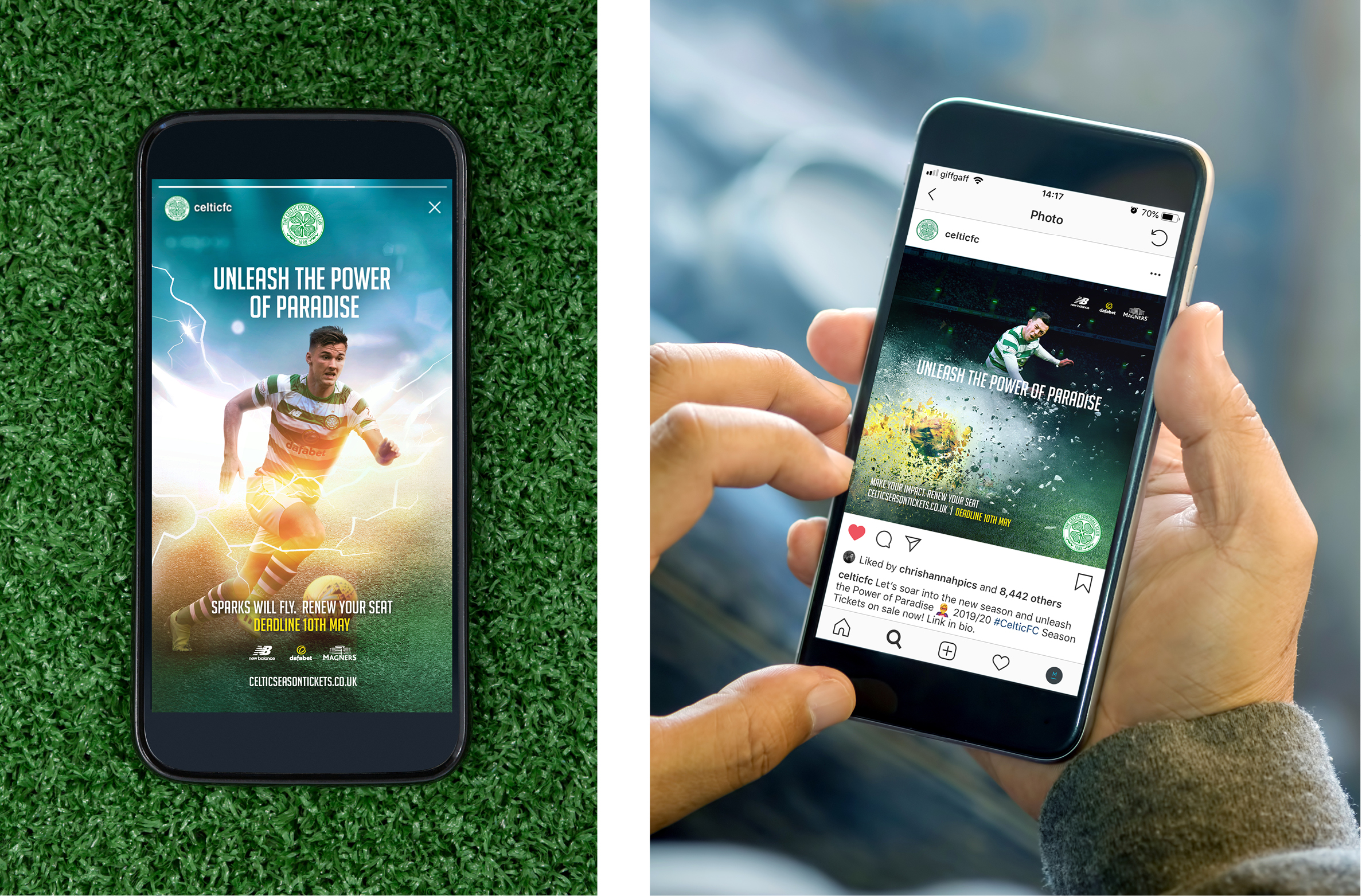 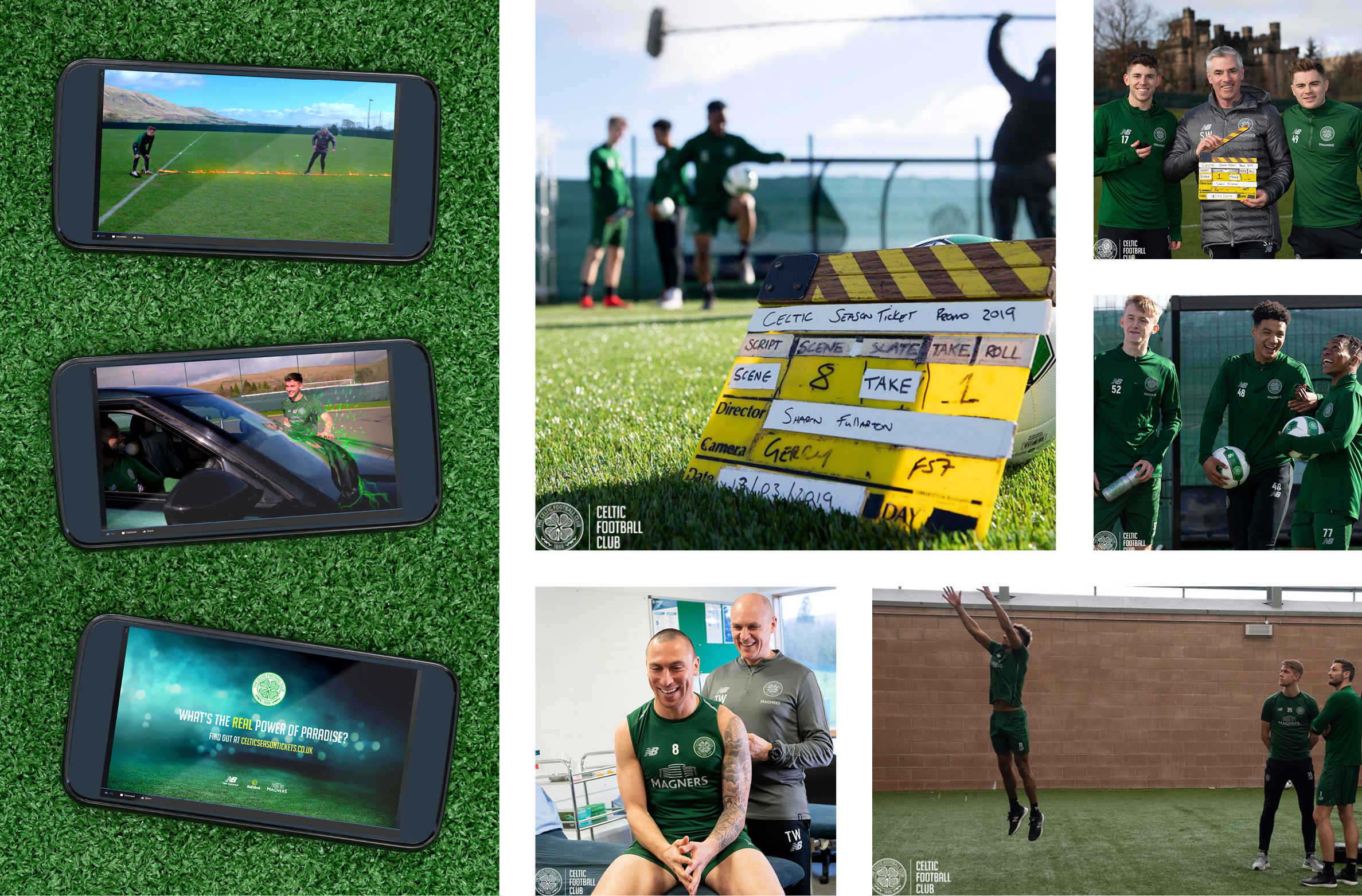 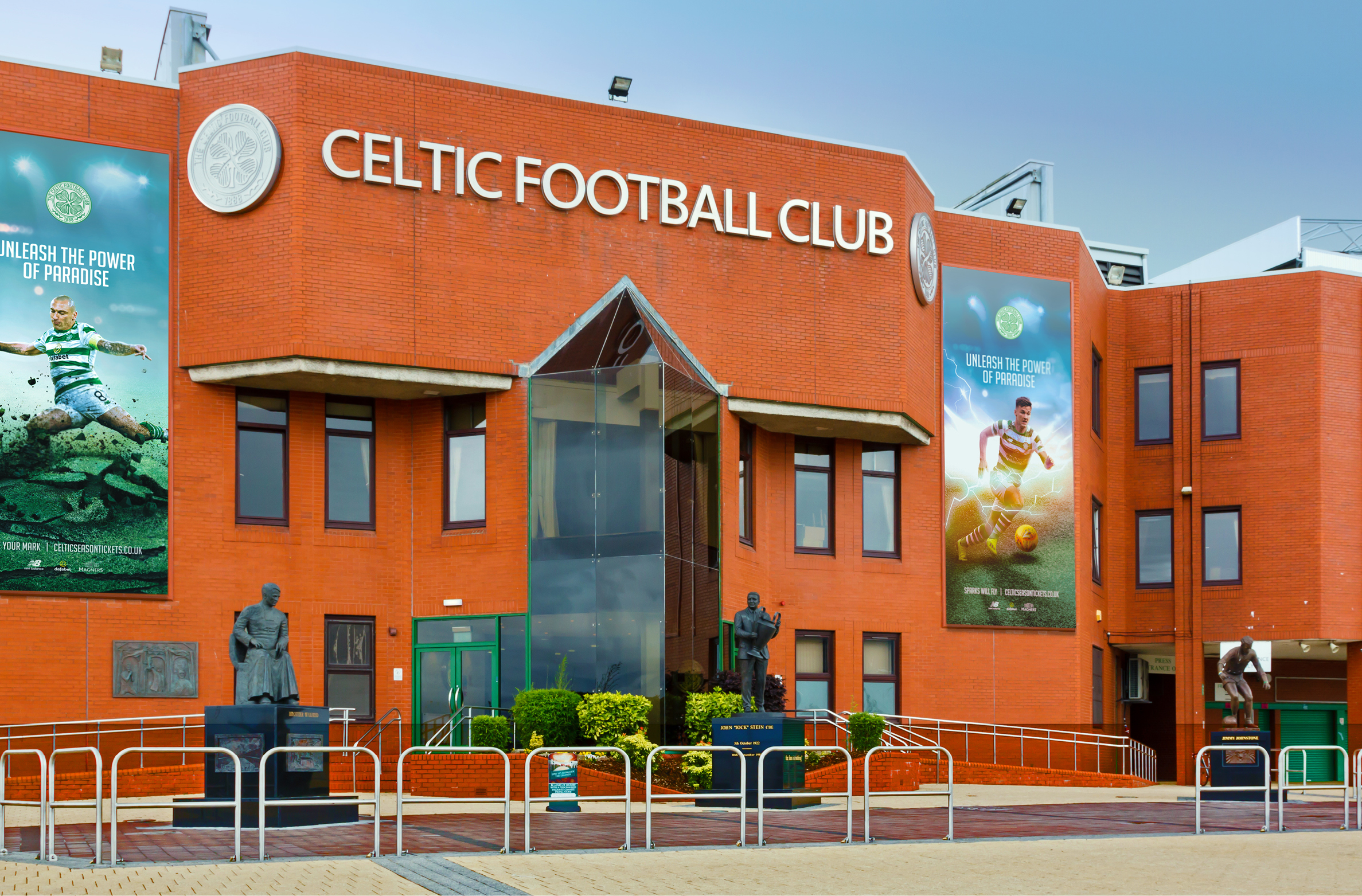