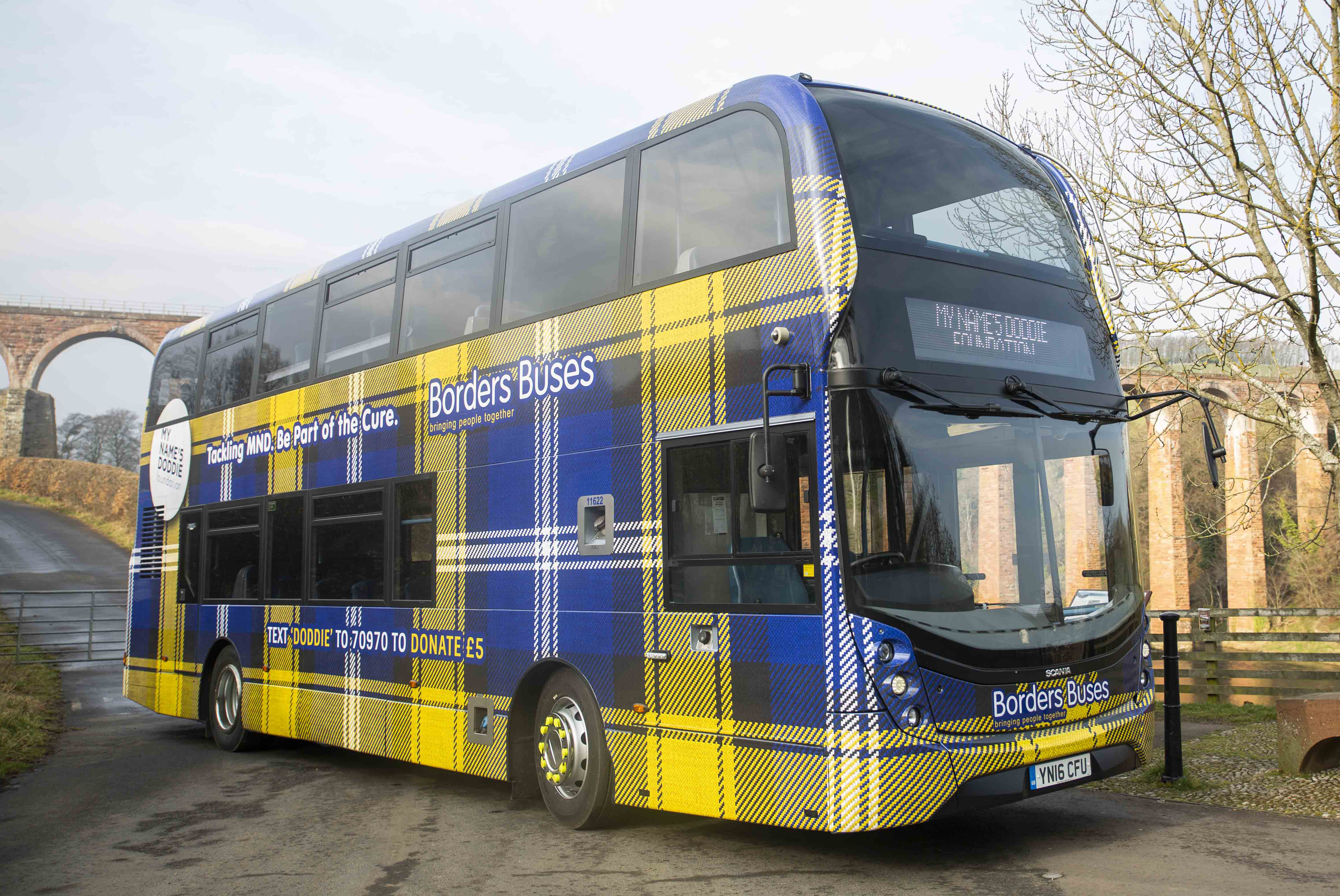 Doddie Weir OBE is one of rugby’s most recognisable personalities. He earned 61 caps for Scotland during a successful playing career. In June 2017 he revealed he was suffering from Motor Neurone Disease. From the outset, Doddie has been driven to help fellow sufferers and seek ways to further research into this, as yet, incurable disease.

In November 2017 Doddie and his Trustees launched the My Name’5 Doddie Foundation.

Doddie – hailing from Melrose – is an icon of the borders and so, to help raise funds for the foundation, Borders Buses kindly donated one of their buses to promote a text-to-donate campaign around the borders.

Having worked with Borders Buses on a number of projects, Maguires were approached to provide creative support for the campaign. We were presented with a blank canvas – a white double decker bus – and given free reign to promote the campaign.

Chris Hannah, Creative Director at Maguires, said “I saw Doddie play many times during his illustrious career and I really wanted the design of the bus to reflect the impact Doddie had on and off the field – so a bus clad in the official foundation tartan seemed like the perfect fit.”

Launched in March 2019, The Doddie Bus operates on the Borders Buses X62 service, Peebles to Edinburgh.

Doddie is delighted with the colourful new bus. He said: “The bus is a real head turner – I love the fact people will be reminded of the foundation and what we are trying to do to help find a cure for MND while travelling through the Borders on the bus! We appreciate the efforts of everyone who made this possible and I am looking forward to my first journey.”

Julianne Smith, Brand Communicator at Borders Buses, added: “The bus looks amazing and we would like to say a big thank you to Chris for designing and generously donating the artwork. It will definitely raise a few eyebrows, smiles and hopefully money to a worthy cause.” 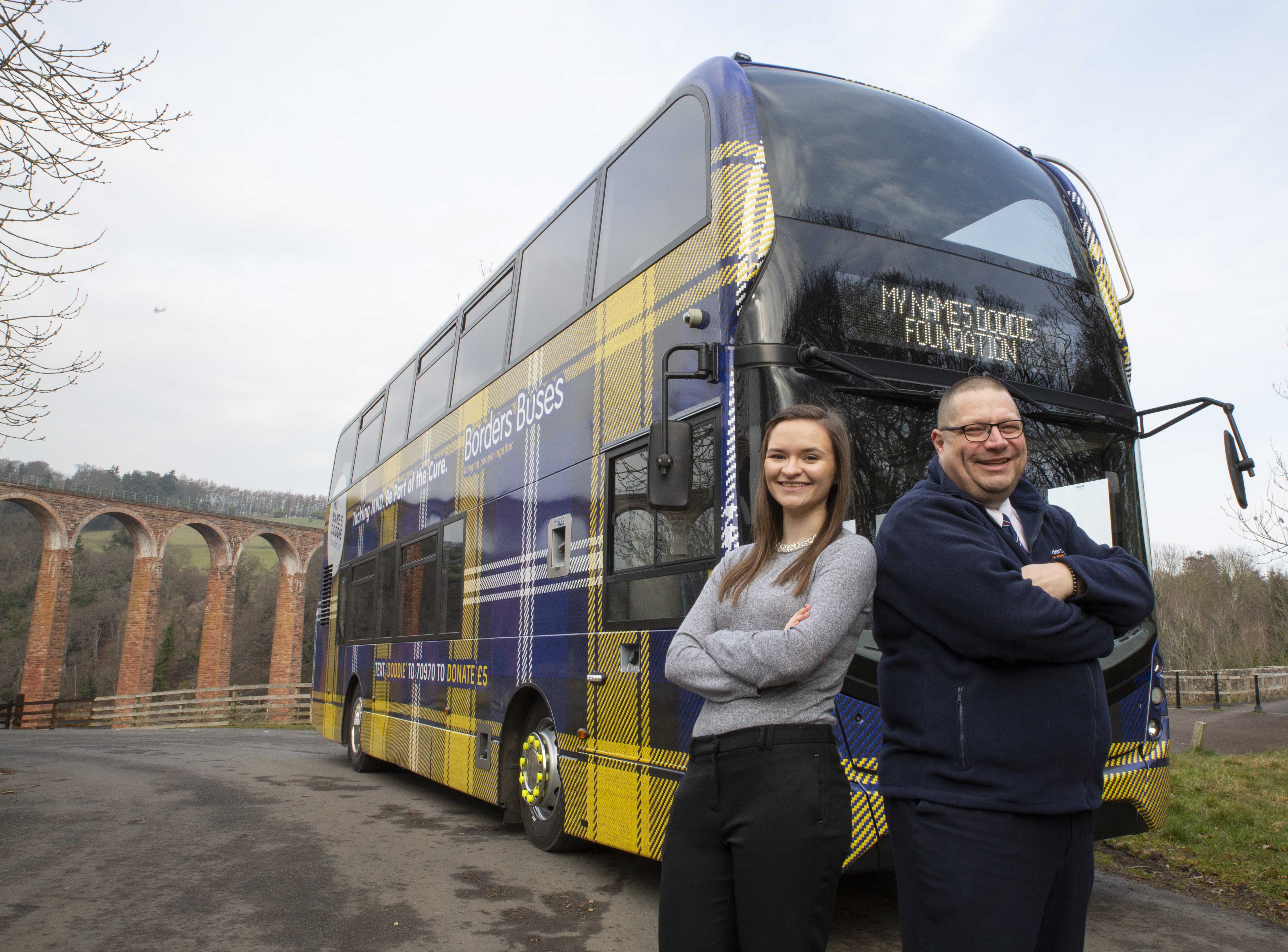 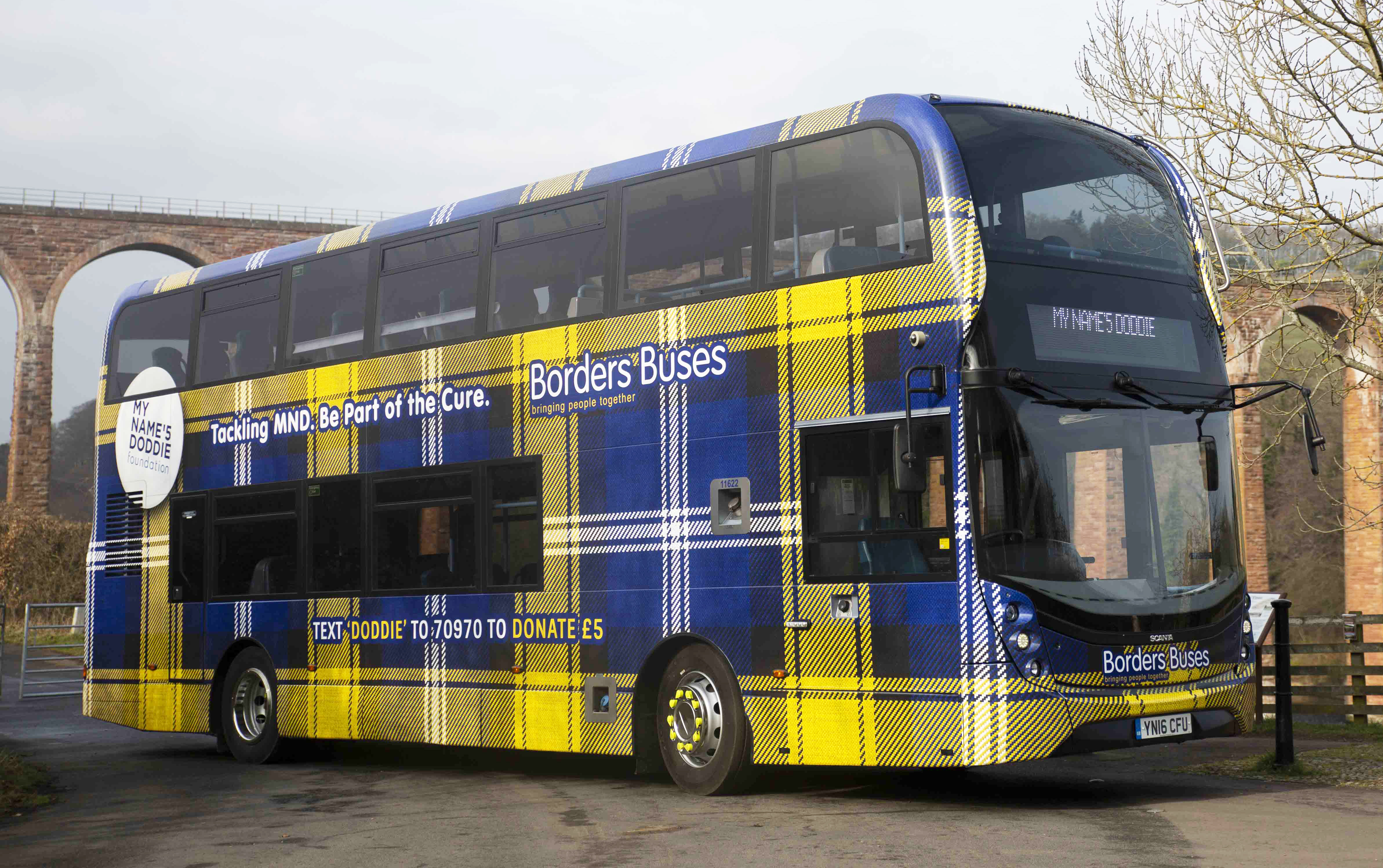 If you wish to donate to the My Name’5 Doddie Foundation you can donate at:
myname5doddie.co.uk